The Bichard RICS Review into the purpose, governance and strategy of the institution has just been published, and makes a number of key recommendations, stating that the need for change is both “urgent” and “unarguable”.

The Governing Council appointed Lord Michael Bichard to lead this Review, following a key recommendation of Alison Levitt QC’s report into historic issues at RICS, which was published last year.

Lord Bichard’s much-anticipated final report was published this afternoon along with a response from the Governing Council at an event which was livestreamed from RICS’ Great George Street office.

RICS Governing Council said that it ‘strongly endorses’ the report and recommendations, which were informed by a global stakeholder consultation process, and will now commence work on their practical implementation.

Lord Bichard stated in his report that the future success of the organisation “will require nothing less than a transformation of the Institution carried out at pace” and described the need for change as “urgent” and “unarguable”.

He believes that the implementation of the recommendations will ensure a strong foundation on which to deliver the organisation’s purpose, underlining its role as a Chartered professional body, and will see a strengthened more autonomous regulatory Board, increased autonomy for the Institution’s global members, and a renewed focus on delivering for the public advantage.

Key decision making, apart from regulatory decisions made by the Standards and Regulation Board, will be undertaken by RICS members.

The report’s recommendations include:

The specific Governance recommendations, which will see decision making placed with members, include a reformed Governing Council with responsibility for setting the strategy and overseeing the work of the new RICS Board, which has responsibility for delivering the strategy and business plan.  It also sets out increased independence and autonomy for the existing Standards and Regulation Board.

Under the proposals, regional boards will also have greater autonomy, and have more devolved powers, and professional groups will be re-developed. Lord Bichard also recommends that commercial activities are clearly delineated from all the Institution’s other activities.

Lord Bichard has indicated that reform should happen at pace, and identified key actions that should be taken by the organisation immediately. These include transitioning the Chair of Governing Council’s responsibilities to the President; recruiting a new Chair of the Board, and a permanent leader for the Executive.

There will be a consultation over changes to professional groups and a clear framework within which Council will delegate regulatory functions to the Standards and Regulation Board, to provide it with greater autonomy and control.

Introducing the Review, Lord Bichard said: “My aim has been to help create a new sense of purpose and direction so that RICS can once more stand tall as an exemplar professional institution, capable of tackling the challenges which will shape the way we all live our lives in the years to come. Issues such as climate change and sustainability, improving the built environment and building safety all sit within the remit of RICS and will benefit from the contribution which a revitalised RICS could make.”

Nick Maclean, interim chair of Governing Council, said: “The Bichard RICS Review represents a watershed moment for the Institution, and a key point in time which sets out a path for permanent improvement. Implementation of the recommendations will provide a solid accountable structure to effectively support our professionals and work in the public interest.

“RICS Governing Council strongly endorses the recommendations, and will implement these proposals, that have come about as a result of listening to our professionals, as quickly as possible. This will ensure our global relevance and impact. 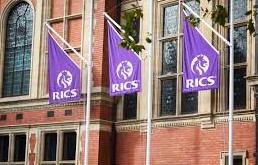 “The governance changes specifically will ensure that the interaction between the Governing Council, President, the Executive, and the new support structure are effective and collaborative, and function to the benefit of both our membership and the public advantage.

“It is important to note that this new structure will also empower our regional boards in developing strategy to promote professionalism and the public advantage locally. RICS will have true impact and relevance across all locations.”

Richard Collins, interim chief executive, commented: “I strongly support The Bichard RICS Review recommendations, which will renew our focus on working in the public interest and to the public advantage, including the addition of a new public interest panel. This will ensure that, we and our members, contribute to the important societal issues such as D&I, sustainability and building safety.

“This work will be supported by increased independence for our regulatory functions through our Standards and Regulation Board, as we maintain self regulation for the benefit of our the public and our professional members.”