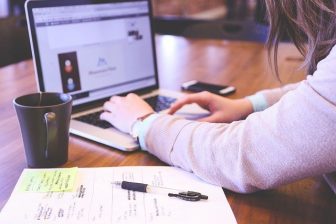 Tenants are being encouraged not to use social media to find rental properties.

DJ Alexander, based in Scotland, believes that recent media reports of property scams and sex for rent landlords are terrifying reminders of the risks involved in renting property advertised online from an unknown and unregulated source.

Last year the BBC ran an investigation into reports that many students had been defrauded out of thousands of pounds by scammers who had rented Airbnb properties and passed them off as rentals before disappearing with substantial deposits.

Meanwhile, at the weekend the Times ran an article detailing their investigation into current online adverts which revealed six landlords in Scotland offering rentals in exchange for sex with their tenants. While the adverts can be ambiguous some of the landlords confirmed precisely what the conditions of rental were when an undercover journalist enquired further.

While sex-for-rent arrangements in England are illegal under the Sexual Offences Act 2003 David Alexander, the chief executive officer of DJ Alexander, warns that Scottish law is more ambiguous as sex-for-rent is not necessarily considered prostitution due to the fact that money does not change hands. Neither do victims have recourse under Scottish tenancy laws, with most perpetrators not considered landlords – legislation does not require people who rent a room in their only or main dwelling to join the landlord register.

However, the article went on to highlight that this involved registered landlords stating: “Out of 32 Scottish councils, 29 confirmed that no landlords had been removed from their registers for trying to strike sex-for-rent deals in the past ten years.”

Alexander commented: “While these may be extreme examples, they are a disgrace to our industry and highlight the real risks that many people face in dealing with properties featured through online classified advertisements. Some of these landlords may be unregistered which also raises concerns for tenant safety, for tenure, and for security.”

“These scandals need to be stopped immediately to ensure that tenants do not fall prey to unscrupulous and illegal scammers. Clearly, we must ensure that all involved in the sector protect tenants as much as possible and the legal and regulatory authorities must take action to ensure these despicable activities are eradicated. These circumstances arise when demand is high and people become desperate to rent, often at short notice, but they should not be swayed by their circumstances into making a rash decision in haste which they later regret in leisure.”

He added: “I do believe that tenants are safest when they use agents and landlords who are probably regulated, controlled, and monitored by the relevant authorities. Tenant safety and security must be at the forefront of all who work in the private rented sector. The increased professionalisation of the sector must be paramount to maintain credibility and safety for tenants. A tenant must feel safe with a landlord or agent and also have recourse to legal and regulatory comeback in the event of any failings in the system. Online classifieds may seem like a way of getting a bargain but clearly, in some cases, the risks are unacceptable, and tenants should be wary of anything that seems too good to be true.”

Sex for rent: Lords urged to act to protect renters from predatory landlords