Fine & Country has expanded in South West England by signing up to a new licence in Plymouth. 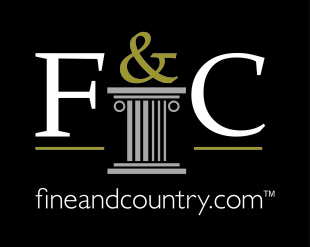 Fine & Country Plymouth will be headed by Stuart Donnington of Donnington Estate Agents Group, who already has three other estate agency businesses in the area, including two he established from the ground up, and one he has recently welcomed into his brand through acquisition.

Donnington said: “My existing property-related businesses are based in Plymouth, so I know the area very well, it became my adopted hometown after attending university here. I have been working in the property industry for over 20 years and in this time, I have grown two businesses from scratch. I also added a third business by way of a purchase at the start of 2021.”

Donnington has taken on the Fine & Country brand to elevate his sales offering in Plymouth. This addition of the Plymouth office will increase brand awareness in Devon by working in synergy with the other dozen Fine & Country offices already in the network in the county.

He continued: “The property market in Plymouth and the surrounding area is very busy. Demand for properties outstrips the supply of properties coming onto the market. This has had an impact on property prices and Plymouth has seen a price increase of just over 10% over the last 12 months.”

Fine & Country Plymouth will cover a wide area, according to Donnington.

He added: “The area that we serve is an extensive territory spreading across the Devon and Cornwall border. We cover Plymouth, Plympton, Plymstock, part of the South Hams, including Newton Ferrers, Noss Mayo and Ivybridge.

“In addition, we cover parts of Dartmoor to the North of Plymouth, including Yelverton and Princetown, plus parts of the Tamar Valley. We also cover aspects of South East Cornwall, the Rame Peninsula, Looe and Polperro.

“The business will initially be run by myself and Russell Champion; we hope to bring on several associates to cover the large Fine & Country territory that we cover once the business is established in the area.”

She said: “We are delighted that Stuart is now a member of the Fine & Country network, his knowledge of the area and the property market there will be invaluable.”