An estate agent has been sentenced to 30 days of rehabilitation activity and 120 hours of unpaid work after assaulting his wife at a busy train station in London during a drunken argument.

Westminster Magistrates court heard that Adil Burtally, 35, grabbed his wife, Natasha Knights, and pushed her into a wall after an argument started at London Bridge station on 24 October.

The couple, who have two children but no longer live together, were out celebrating their anniversary when the incident occurred.

Prosecutor Sudara Weerasena told the court that Burtally, the owner and director of Knights Property Services, based in Camberley, Surrey, was “under the influence of alcohol” when he attacked his wife.

Weerasena said Ms Knights attempted to walk away from her husband, but he grabbed his wife on more than one occasion preventing her from leaving.

The prosecutor said: “You can see on the footage she looks visibly distressed. 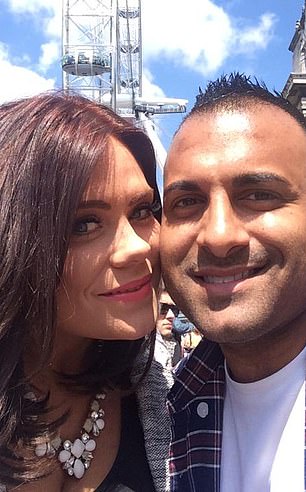 “He said he didn’t believe he had done any harm to her. It shows a lack of insight into how serious domestic abuse is.”

Weerasena told the court Ms Knights had previously called police to their home after Burtally “dragged her by her hair down the stairs”.

Nathan Alleyne-Brown, defending, said Burtally, of Scarlett Close, Woking, Surrey, has since described the incident as a “stupid mistake that never should have happened”.

He added: “In his police interview he accepted the wrongdoing that took place.

“This was an isolated incident and it is not a feature of a recurring dynamic within this relationship.”

Magistrate Maeve Bromwich told Burtally: ‘Whatever anyone may say, this was a nasty offence committed in public.

“There are a number of aggravating factors including drink.”

Aside from 30 days of rehabilitation activity and 120 hours of unpaid work, the magistrate also ordered Burtally to stay away from his wife’s home in Camberley and her work address, after he admitted assault by beating.