Landlords are facing void periods of just over three weeks on average between tenancies.

Data from lettings agent software platform Goodlord – based on a sample of 4,000 tenancies during February – found that void periods in England Wales are at 23.75 days on average.

This is down from an average of 28.6 days that Goodlord recorded in January.

Landlords in the midlands face the longest wait at 33 days in both the east and west of the region.

In contrast, landlords in London had the shortest wait for new tenants at just 13 days.

Despite the high void periods, landlords in the west midlands were offering the most affordable rents at £689 per month.

Based on average annual salaries among renters in the region of £18,000, Goodlord says this cohort is paying 24% of its annual income on rent, compared with 29% nationally.

The cheapest rents were in the north-east of England at £635 a month, but due to low average annual incomes of £17,000, tenants are spending an average 44.8% of their income on renting. 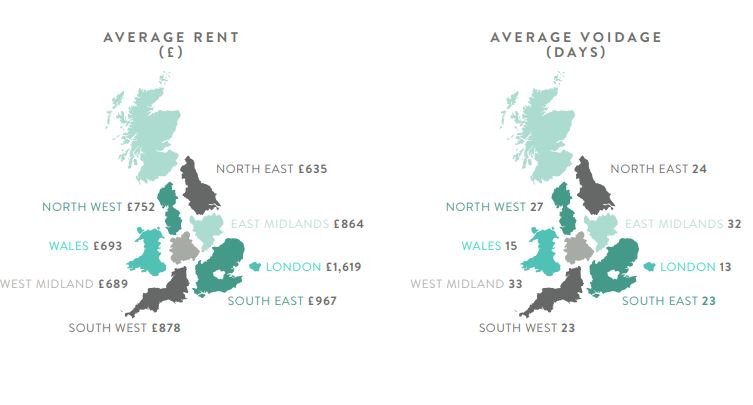