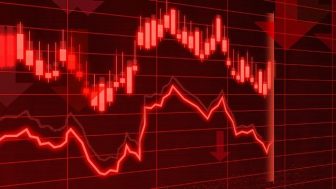 The 10-year UK government bond-yield has increased above the net-operating-income (NOI) yield of UK property for the first time since 2007, new research shows.

The property sector recorded its worst return in more than 13 years in Q2 2022 after a significant increase in borrowing costs adversely affected the industry.

The MSCI UK Quarterly Property Index, which tracks retail, office, industrial and residential property, fell by 4.3% in the three months through September – the worst performance since Q2 2009, according to the figures.

For the first time since 2007, property yields dropped below UK government bond yields. The difference between the net operating income yield of UK real estate and yields on 10-year gilts flipped to negative after a selloff in government bonds prompted by the announcement of unfunded tax cuts by the government at the end of the September.

The Bank of England moved to prevent a crash in the gilt market by pledging to purchase bonds. The bail-out sparked a rally in UK gilts, which has since reversed the impact of the initial selloff.

Retail property was the only sector to keep its yield premium among the market turmoil, while the industrial sector was hardest hit.