A new poll conducted by MoneySuperMarket shows that 74% of people in the UK support support the chancellor’s rumoured three-month stamp duty holiday extension. 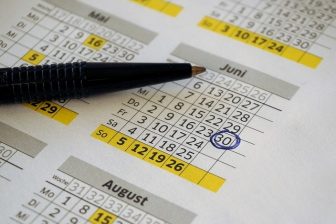 The holiday, which is due to end on 31 March, is expected to be extended to the end of June, according to reports.

An extension will come as a great relief to those buyers that have yet to complete their property purchase, while acting as a possible incentive to potential new buyers entering the market.

MoneySuperMarket asked more than 5,000 Brits what action the chancellor should take in relation to the stamp duty holiday in his Budget next week.

Some 74% said the holiday should be extended because it is helping the market, while 19% responded that it was no longer needed. Just 7% had no opinion.

Earlier research commissioned by the price comparison site found nearly two thirds – 63% – of prospective buyers were in the market due to the scheme, while 60% said they would change their buying plans if the scheme was not extended.

Meanwhile, almost a quarter – 24% – said they would withdraw from the market completely.

The same research also found that the policy had an impact on the selling decisions of homeowners, with 57% of respondents encouraged to place their home on the market, despite not previously considering selling their property before, as a result of the scheme.

Jo Thornhill, finance expert at MoneySuperMarket, commented: “Our research shows that there’s clear appetite for the Chancellor to formally extend the stamp duty holiday past its current end date of 31st March.

“The policy has clearly proved popular with buyers, stimulating a boom in the market despite the challenging conditions in the wider economy. And, crucially, it has removed another cost for many first-time buyers, making that first step onto the ladder that little bit easier.

“While we welcome an extension, looking further ahead, a phased deadline where the benefits are gradually reduced would prevent a ‘cliff edge’ scenario which puts pressure on the market overall.

“Aside from the stamp duty holiday – we believe the government needs to put in place longer term support for the housing market. It’s still far too difficult for first time buyers to buy a home and for most young adults it’s a far-off dream. One way of doing this would be to support an increase the availability of mortgages for those with a 5% deposit. We know this is something the government is looking into and we’re looking forward to seeing their proposals in due course.”