Buyers and sellers last month were in rush to complete deals before end of stamp duty holiday and that has driven property prices higher, the latest figures show. 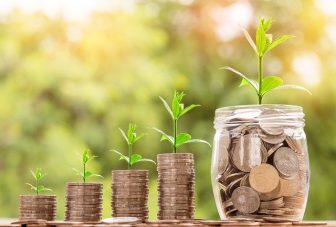 The number of residential properties sold in the UK hit a record high in March as buyers and sellers attempted to complete deals before the end of the stamp duty holiday.

According to official data from HMRC, there were a record-high 180,690 transactions recorded during the month, which is double the total in March last year.

Separate figures from the Office for National Statistics (ONS) shows that high demand is placing upward pressure on property values, with the UK average house price increasing by 8.6% over the year to February.

Andy Sommerville, director at Search Acumen, said: “This data comes as no surprise. The stamp duty holiday has once again turbo charged the property market – but not necessarily for the better.

“The sharp rise in monthly residential property transactions has been triggered by homebuyers who put transactions on ice until they knew whether the holiday would be extended picking up where they left off.”

Iain McKenzie, CEO of The Guild of Property Professionals, commented: “The extension of the stamp duty holiday has continued to fuel the increase in house prices, while the government’s mortgage guarantee scheme will push demand higher as it attracts first-time buyers back to the market.”

Andrew Montlake, the managing director of the mortgage broker Coreco, concurred the latest data was “yet more evidence of how the stamp duty holiday has turbocharged the property market”.

The founder and CEO of GetAgent.co.uk, Colby Short, said: “The market remains in a very strong position despite monthly price growth sitting still and this was no doubt down to two factors. The first being the continued difficulties in securing a buyer caused by lockdown restrictions and the second being a drop in momentum on the run-up to what would have been the stamp duty holiday deadline.”

James Forrester, managing director of Barrows and Forrester, commented: “Many will be quick to panic at the sight of a month-on-month price growth stall but this simply doesn’t portray the overall health of the market, in the same way our efforts in combatting Covid can’t be assessed on such a short-term basis.

“The long-term picture shows a market in very good health, driven by strong regional performances across the board, from the South West, the East Midlands, Yorkshire and the Humber and the North West. As we enter what is often the busiest time of year, we can expect the market temperature to rise and house prices to follow suit for the remainder of the year, at the least.”

Jeremy Leaf, north London estate agent and a former RICS residential chairman, said: “These ONS figures are the most comprehensive available, albeit a little historic, but do confirm the solid growth in prices we saw last month.”

He added: “Despite strong growth in house prices already, we are confident that there is enough demand to ensure there will not be a price correction, despite the tapering of the stamp duty holiday from the end of June.

“Our view is reinforced by the rollout of the vaccine and easing of lockdown restrictions which is boosting confidence in the economy and easing fears of a spike in unemployment when the furlough scheme is due to close on 30 September.”