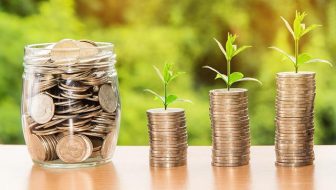 The number of residential transactions completed in August increased by 7.6% year-on-year.

The data from HMRC reveal the seasonally adjusted figures were up 1.1% on the previous month.

However, it is worth noting that the latest annual increase was compared to a drop in transactions following the ending of the first phase of the stamp duty holiday last year.

Andy Sommerville, Director at property data and insight firm Search Acumen said: “The transaction figures from HMRC show that property transaction levels remain elevated compared with pre-pandemic levels, which is a reflection of robust and sustained demand, despite cost-of-living pressures facing many households across the country.

“However, these statistics are overshadowed by the prospect of a stamp duty cut in the Government’s mini-Budget on Friday. We saw what the stamp duty holiday did to the market during the pandemic, and I have no doubt such a move will stimulate demand again. I don’t think market activity will reach anywhere near the same dramatic peaks as it did in 2021, not least because available housing stock is extremely low, which puts a natural cap on how far transaction volumes can rise. But, without supply-side reforms to boost housing stock, stimulating demand will mean more buyers bidding for the same number of properties, which can only mean one thing for house prices.

“While many buyers who might have given up on homeownership will be buoyed by an SDLT cut, we need to be careful that stimulating demand, unchecked by measures to boost housing stock, doesn’t create an affordability crisis of runaway house prices, immediately following one of the most incredible periods of price growth in modern history. We also need to be careful that buyers who take advantage now, don’t find their housing costs become unaffordable in years to come. Interest rates historically have averaged more than 4% and we’re expecting another rate rise from the Bank of England tomorrow, so buyers do need to be aware that savings they make today through SDLT may be cancelled out through elevated mortgage repayments in years to come due to elevated house prices and borrowing rate rises.

“For conveyancers, an SDLT cut cements a new normal for the sector and, if this policy is revealed on Friday, caseloads will continue to remain high by historic standards; more likely than not, they will get larger as buyers look to take advantage of SDLT relief over the coming months. Our latest research shows that 2021/22 was the busiest financial year on record for the conveyancing sector and while we might not reach those heights again given the unique circumstances at play, the market dynamics and direction of Government policy indicate we are in for a period of sustained market activity. This should provide clear impetus for law firms to re-evaluate their operations, and look for ways to utilise readily available technological solutions to relieve caseload pressures, reduce transaction times and increase profitability.”

Gareth Lewis, commercial director of property lender MT Finance, commented: “With estate agents reporting that transactions are taking longer to get over the line, thanks to interest rate rises and mortgage deals being pulled before buyers can proceed, transaction numbers could well dip in coming months as it all becomes too much hassle.

“With interest rates likely to rise into the new year, would-be buyers doing the sums will see that their monthly payments will be that much higher, putting them off buying property.

“As transactions take around three months, these figures reflect activity from earlier in the year. It will be interesting to see where the stats lie come the end of the year once higher living and mortgage costs have had an impact.”

Jeremy Leaf, north London estate agent, said: “Write off the housing market at your peril. These figures show once again the resilience of buyers and sellers despite the rising cost of living and interest rates.

“Despite the anomalies arising from comparisons with last year, sales are still broadly in line with historic pre-Covid August averages. Transactions, rather than more volatile house prices, are always a better indicator of future activity.

“There is no sign of any correction in prices yet but clearly the government is sensitive to even a relatively small drop in transactions, prompting talk of lowering stamp duty.”

“With the highest stock levels in 15 months, the inevitable rebalancing of supply and demand continues. Our own data indicates that sentiment remained positive in August with 79% of sellers confident they could complete a sale within three months.

“If the government does cut stamp duty as part of its measures to stimulate growth, this may well support demand and go some way to offsetting higher mortgage costs as interest rates continue to rise.”

“This level of activity is in line with an average August for the three years before the pandemic. It brings total transactions so far in 2022 to 814,280, which is still 5.3% more than in a typical pre-pandemic year.

“Indicators from the RICS survey suggest buyer enquiries have been falling for the last four months. And mortgage rates have risen rapidly (between August 2021 and August 2022, the average quoted rate for a 75% loan-to-value, two-year fixed rate mortgage tripled from 1.23% to 3.64%). That combination of rising rates and falling demand points to transaction activity slowing over the remainder of 2022.

“News this morning of a stamp duty cut suggests the government will be hoping that it supports demand at a time when lead indicators suggest that it is softening after two bumper years. In doing so, they will have a particular eye on how the prospects for the housing market influence consumer confidence and spending in the economy.

“More specifically they will hope that it will go some way to offsetting the impact of increases in the cost of living and, more pertinently, higher costs of mortgage debt that look set to put pressure on house prices and transaction levels next year.

“Realistically, it seems unlikely that the government will be able to implement stamp duty changes that completely outweigh these two major concerns for buyers. Certainly, they would have to do much more than simply increase stamp duty thresholds in line with levels of house price growth seen since we emerged from the first lockdown.”