The Savills estate agent accused of posting a racist tweet about black England footballers following their recent Euro 2020 final defeat to Italy at Wembley Stadium has been sacked by the company.

Andrew Bone, 37, who worked as commercial building manager, was suspended in July. His contract has now been terminated, London-based Savills confirmed in a statement on Twitter yesterday. 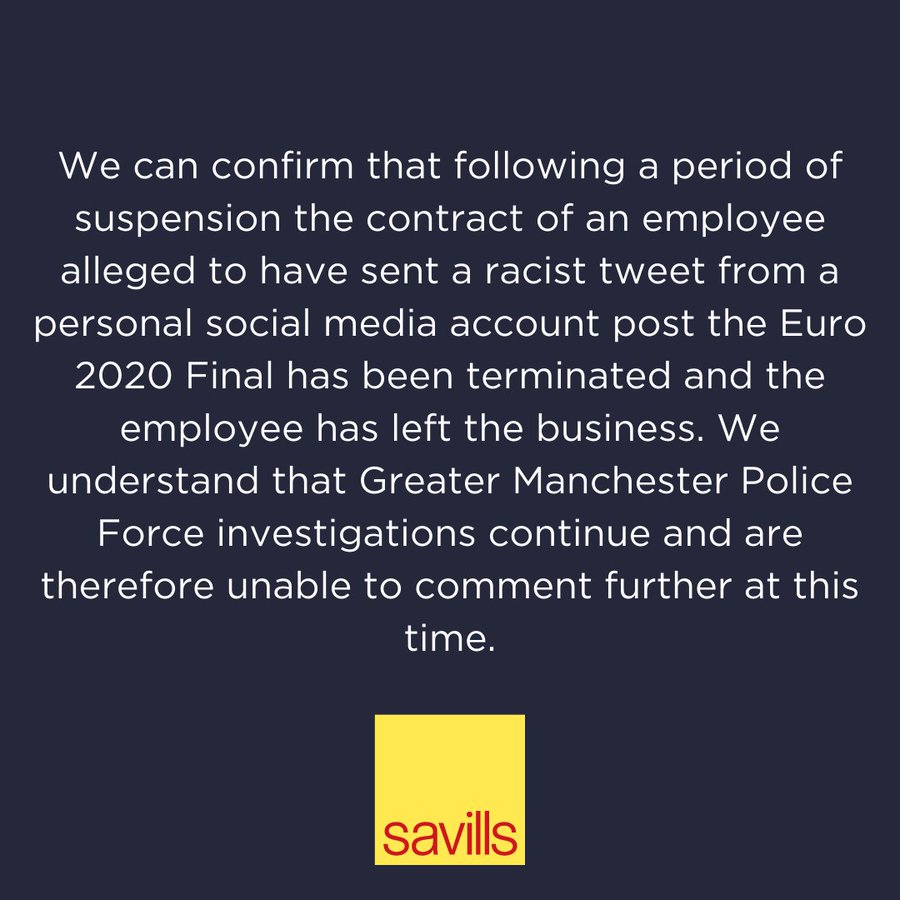 Bone claimed that his Twitter account was hacked and called for police to investigate after Savills suspended him.

The vile Tweet, published shortly after England’s Euros defeat to Italy at Wembley Stadium in July, had said: “N****** ruined it for us”.

The hateful tweet was directed at England players Bukayo Saka, Jadon Sancho and Marcus Rashford. The message has since been deleted.

Police officers carrying evidence bags and a police radio were recently spotted searching Bone’s house in Manchester and spent around 20 minutes gathering evidence before they left, with one officer holding a laptop.

In a statement, GMP said: “We are firm in our commitment, any racist abuse whether online or off is not acceptable.”