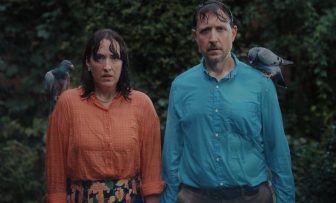 Having pledged in more recent years not to return to the original campaign created, as the company tried to improve its image, the online estate agency has now relaunched its infamous ‘save yourself from commisery’ moments as part of its new advertising initiative.

The new adverts call for vendors to instruct Purplebricks rather than a traditional high-street estate agency that only charges sellers commission if they successful complete on a property deal.

The national TV and Radio spots parody the traditional estate agent pitch, showing how the joy felt on completion can suddenly turn to commisery for spending more than Purplebricks would charge.

This claim made by the online agency comes despite a decision in July to increase its pricing and scrap its money back guarantee. The standard package rose from £999 to £1,199.

Purplebricks’ chief executive officer, Helena Marston, described the price increase as “a necessary step, not just to strengthen our revenues, but also as a result of the additional costs our business has had to absorb over the past few years”.

The delayed full year accounts for the high profile, but troubled, agency business of Purplebricks, published last month, revealed that the company is under pressure from a serious downturn in instruction levels.

To add, an activist investor, who owns just over 4% of the business, continues to vocally call for its chairman, Paul Pindar, to be removed.

Purplebricks share price dropped to just over 14.48p yesterday, down 16.7% week-on-week, and a very long way from the heady days of 2017 when it reached an all-time high of 525p.

Recent regulatory failings have had a negative impact on the business and pushed its share price to new lows.