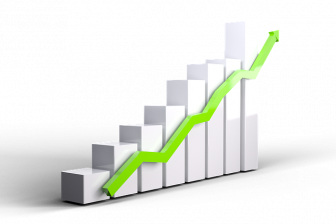 The industry has been reacting to the latest hike in property prices.

New figures from the Office of National Statistics, released yesterday, reveal that property inflation increased 12.4% in the year to April, up from 9.8% growth in March.

Wales and Scotland recorded the greatest growth over the year rising 16.2% in both countries to reach an average price of £212,000 and £188,000, respectively.

London continues to be the region with lowest annual growth at 7.9% year-on-year.

“These figures, which represent the market between April 2021 and April 2022, don’t quite reflect what we’re seeing on the ground today – as we now face soaring inflation, a cost of living crisis and rising interest rates.

“There are significant challenges facing the housing market as we move towards the Summer Slowdown. Mortgage lending is already down and, with interest rates set to continue their upward trajectory, some buyers are finding themselves locked-out of the market amid higher repayments and tighter affordability rules.

“However demand is still vastly outpacing supply of available homes and as long as this market imbalance continues, prices will remain high.

“Make no mistake, alarm bells should be ringing within government over this housing supply crisis. If the market is to become more accessible, the only viable solution is to relax planning laws to help stimulate supply across the country.”

Iain McKenzie, CEO of The Guild of Property Professionals:

“Just when it seems that house price growth is starting to slow, along come these figures showing an almost 3% rise on last month.

“The average home now costs over £30,000 more than it did this time last year, but with sluggish wage growth and lower disposable income, it may feel like the goal posts have been moved for first-time buyers.

“The market may not be running away for everyone though, with parts of Scotland and Northern Ireland experiencing lower house price inflation.

“Estate agents are still seeing an imbalance between supply and demand, with potential buyers queuing up as soon as properties come up for sale. When this eventually begins to narrow, we may see house prices cool down to more achievable levels.”

“It’s important to remember that while sold prices provide the most concrete health check of the UK property market, they are reported on a lag.

“So while the market remains apparently unphased by a spate of base rate jumps and consequential impact this is likely to have on the spending power of UK buyers, the reality is that this declining market sentiment is yet to bubble to the surface.

“However, while these growing economic headwinds may rock the boat of house price growth, sustained and robust levels of buyer demand, coupled with a shortage of stock, are sure to prevent a significant drop.”

Nicky Stevenson, managing director of Fine & Country: “Few were predicting that house price growth would rally amid all the pessimism in the broader economy — but that’s exactly what has happened.

“Gains are being driven in part by equity-rich homeowners looking to trade-up, with prices of detached homes surging faster than any other property type.

“Though London remains the slowest of the regions, annual growth in the capital has almost doubled compared to the previous month’s data and prices of apartments are spiking too following a lull witnessed during the pandemic.

“While there has been a sense for some time that the housing market is approaching a crossroads, forecasts of a correction are so far proving very premature indeed.”

“Low supply put upwards pressure on house prices in April but listings have since begun to rise. Interest rates are now above 1% and the Bank of England has used stark language to downplay the economic outlook, which has brought more sellers forward in the belief house prices are peaking. Housing market statistics may not sit comfortably alongside other economic indicators but supply and demand are still rebalancing after the distortions caused by the pandemic and stamp duty holiday. We expect price growth to return to single digits by the end of the year as supply builds and demand is put under pressure by rising mortgage rates and peaking inflation.”

“Latest ONS figures show house prices are still gaining momentum, increasing by 12.4% over the year to April 2022, up from 9.7% in March 2022. Despite significant economic headwinds coming down the tracks, bricks and mortar is defying gravity. But as the stamp duty holiday heyday tails off from annual figures, and higher interest rates with record inflation start to moderate demand, a cooling off period from recent peaks is widely anticipated by the end of the summer. Stretched affordability issues could result in some additional sales by the end of the year, however the government seems keen to keep the lending market agile having recently dropped the minimum stress test. Therefore, house price growth is likely to remain but at a more manageable rate. This steadying of the market will be a relief to many.

“With the property market moving so fast and many moving parts at play, it’s easy for homeowners to feel confused about when the best time to sell and buy a new home is. The bottom line remains true: moving house is a purchase that is dictated by your heart, with gut feelings and emotions often guiding your journey. Buying a family home is necessary for your future, not your future bank balance alone. Selling at a market high means also buying at a market high and vice versa, so these margins always come out in the wash. Follow your gut, stick to your budget, and choose a versatile home to last a good number of years.”

“Many prospective buyers are now finding that they simply aren’t eligible for the same level of mortgage financing that was available to them just a few short months ago, with many more struggling with affordability due to a squeeze on their disposable household income, coupled with increasing mortgage rates.

“This has led to a small but gradual reduction in the number of buyers entering the market. Whilst this is yet to translate to a softening of prices, it is inevitable that property values will start to reduce as demand subsides.”