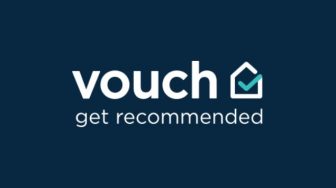 Ahead of the publication of the Goodlord and Vouch State of the Lettings Industry report on Wednesday 15th September, the lettings technology specialists have released initial findings from what they estimate will be the their largest industry analysis to date.

This year, 550 UK lettings professionals and 1,700 tenants took part in the detailed survey. Their responses paint a picture of the industry following an unprecedented 12 months, as legislation, lockdowns and changing consumer behaviours kept the market in a near-constant state of flux.

In an initial release of insights, Goodlord and Vouch have today revealed some key findings from the report.

Optimism in sector is high as arrears fears ease

Overall, both agent and tenant optimism is high. Only 6% of the 1,750 tenants surveyed said they are concerned about the pandemic affecting their ability to pay rent. And agents are also feeling bullish on tenants’ ability to keep up with payments. Compared to September 2020, when the last survey was conducted, the number of lettings professionals reporting an increase in arrears over the past year has halved from 64% to 32%, with 14% of agents reporting a decrease in arrears.

Lack of stock, however, is a major concern for agents, with almost hald of those surveyed citing that at least 5% of their landlords have left the sector over the last 12 months. And a sizeable majority, 64%, predict the landlord exodus to get worse.

Wednesday’s report will also reveal industry opinion on upcoming regulatory changes, sentiment on the impact technology is having on workforce numbers, as well as the proportion of agents who have unlocked new revenue streams.

Tom Mundy, COO at Goodlord, commented: “The response to this year’s survey has been huge. We’ve therefore been able to gather an unparalleled range of detailed and compelling insights into how the sector has fared over what has been an unpredictable year.

“Ahead of the full report being published, we can see from the insights released today that most renters are feeling financially secure and agents aren’t encountering the escalating levels of arrears seen a year ago. This is borne out by the latest statistics from our monthly rental indices, with rents heading up and voids dropping during 2021.

“Key challenges do remain, with lack of stock clearly a huge area of concern for most agents. The full report next Wednesday will shine further light onto these areas, as well as provide detailed analysis of the industry’s attitudes towards upcoming legislation, technology, and revenue generation.”