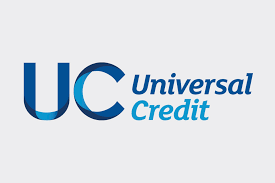 The National Association of Residential Landlords (NRLA) has slammed the government for continuing with its freeze on housing benefit rates, despite the growing cost-of-living crisis.

The NRLA, on behalf of private landlords, is keen to point out that more than half of tenants in PRS that are reliant on Universal Credit to pay their rent have a shortfall between the amount they receive and what they pay for their housing.

Official data suggests that 56% of private renters relying on Universal Credit have an average gap of £100 a month between the amount they receive in housing cost support and the rents they pay.

The NRLA highlights that almost 60% of renters with two children relying on Universal Credit to help pay their rent have a shortfall between their rent and the benefits they receive.

Regionally, the proportion of tenants affected ranged from just over 40% in London – although based on a much higher number of claimants – to just over 68% in Wales.

The Local Housing Allowance, used to calculate the amount tenants can receive to support housing costs as part of a Universal Credit payment, was frozen in cash terms last April.

As a result of the freeze, housing benefit support is no longer linked to current rents. It means the number of properties that private renters in receipt of Universal Credit can afford will steadily decline.

New data this week suggests also that over half – 53% – of adults who rent their home reported that they could not afford an unexpected expense.

This is happening despite private rents across the UK having increased by far less than inflation.

The NRLA is calling on the government to unfreeze the Local Housing Allowance to cover average rent.

Ben Beadle, chief executive of the NRLA, said: “It is simply absurd that housing benefit support fails to reflect the reality of rents as they currently stand. All the freeze is doing is exacerbating the already serious cost of living crisis.

“The Chancellor needs to listen and respond to the concerns of both renters and landlords and unfreeze housing benefits as a matter of urgency.”