The English Football League and Your Move have announced an extension of their partnership which will see the national residential sales and lettings agent continue as an official supporter of the EFL for a third consecutive season.

Your Move has also been confirmed as the EFL’s Official Communities Supporter with the aim being to build even greater links with the local communities in which it operates.

It means that, as last year, Your Move will benefit from extensive digital advertising rights across the EFL network and services, and gain promotional rights at Wembley finals, as the official communities supporter, as well as work more closely with local football communities.

It is the third year running that Your Move has supported the EFL and, as a result, has seen widespread promotional benefits including extensive digital advertising rights across the EFL network and services, and promotional rights at Wembley Finals.

Last year, as part of its role as EFL’s Official Communities Supporter, there was sponsorship of the Your Move EFL Community Club of the Year Award, which recognised EFL Club Community Organisations (CCOs) for their support of local communities, as well as the launch of a Your Club Your Kit competition. This offered the opportunity for school teams or grassroots teams, of all ages and abilities, in Your Move catchment areas to win a football kit and proved hugely successful in helping Your Move teams establish even greater links with their local communities; with some of the winning football teams also benefiting from EFL trophy tours that took place. 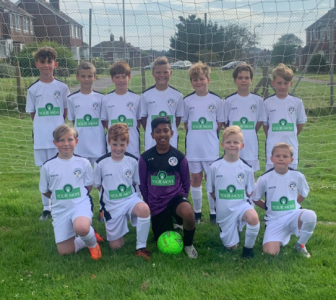 Having attracted 2,800 entries, the competition will run again this year – with details due to be announced soon – and there will be also be ongoing benefits of extensive advertising and promotional opportunities available to Your Move. Branches in Scotland are also continuing to be supported, with the Your Club You Kit competition being made available to local teams, as well as advertising being placed at key matches which, last year, included the Scottish Championship, Scottish Premiership and the Betfred Cup.

Oliver Blake, managing director for Your Move, commented: “We’ve been delighted by the success of our relationship with the EFL both on a national and local basis. Our aim of the sponsorship, from the outset, was to respond to the obvious passion that many of our customers, potential customers, and colleagues have for football. The strong local community support for football, as well at the big iconic football events that the EFL run have certainly allowed us to do this. The Your Club Your Kit competition, in particular, proved a huge success and has given us a foothold to establish relationships with the successful local teams going forward.

“We’ve got some exciting opportunities being presented to them including the chance to win tickets to the Carabao Cup Final.   I now look forward to building on the success of our EFL association and to continue to support our local teams in making a difference at local level.”

Ben Wright, chief commercial officer at the EFL, said: “The EFL is delighted to extend its partnership with Your Move as Official Communities Supporter in what is a great fit for the League.

“Over the last three years, initiatives such as the Your Club, Your Kit competition have helped grassroots clubs at the heart of our game and we look forward to helping Your Move make a positive impact in communities across the country in the period ahead.”