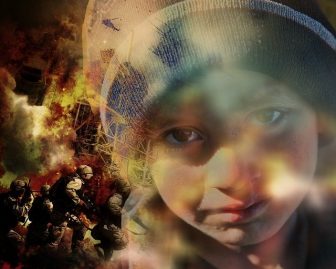 Brown & Co, based in the East Midlands and East Anglia, is donating £50,000 to help the record numbers of Ukrainian refugees heading into Poland with the total having already exceeded 1 million, as Russian forces continue shelling Ukraine’s cities.

Polish border guards are currently clearing more than 100,000 people at border crossings on a daily basis, and the estate agency firm, which also has had an office in Poland since 1989, wants to do its bit to help.

Not only does Brown & Co have an office in Poland, but it has undertaken extensive work for a number of large farming businesses in Ukraine and the wider region.

Charles Whitaker, managing partner of Brown & Co, commented: “We as a partnership have been deeply concerned about the unfolding horror on our doorstep in Ukraine.

“We have Ukrainian friends and colleagues who live and work there – this past week we have had calls with some of them on the ground, and they were all very concerned indeed for the safety of their staff and families.

“We feel we should be doing something significant to help as we watch the disaster unfold.

“This is a country not so different from ours and people who thought they wanted a future like us. They are being driven over, bombed and shot by a Russian regime that clearly threatens all of us in the West – they just happen to be in the way on the front line.”

The donation from Brown & Co will go to the NGO Polish Humanitarian Action fund specifically to help the Ukrainian refugees arriving in Poland.

Ukraine: How you can help