Three sales and letting agents in Leicester, Slough and Porth Wales have been excluded from The Property Ombudsman (TPO) for failing to pay outstanding awards. 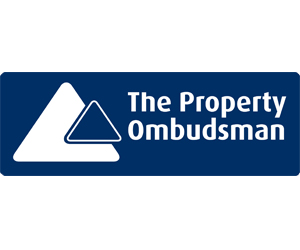 TPO received a complaint from landlords regarding referencing checks carried out by Sun Properties Leicester on their tenant. The landlords (complainants) also said that the agent had used the tenant’s deposit for rent arrears when the tenant failed to pay rent.

Upon request from TPO, Sun Properties Leicester failed to provide a case file which members of TPO are obligated to do if a complaint is made about them, although there was evidence of some letters from the agent to the complainants. The Ombudsman found that the agent’s referencing checks were reckless. They had failed to carry out even basic checks on the tenant and had only obtained one landlord reference. There had also been insufficient checks on the tenant’s guarantor, and consequently the tenant failed to pay rent shortly after taking up the tenancy.

The landlords managed to secure a court order for the unpaid rent and their costs plus interest against the tenant, which amounted to £2,720.14. The Ombudsman considered that the costs were unrecoverable, given that the tenant had failed to make payment in the 12 months since the court judgement and the guarantor could not be contacted.

The landlords also had to rectify damage to the property at the end of the tenancy costing £500. The Ombudsman could not determine whether the agent had collected any deposit from the tenant or whether that had been used to offset unpaid rent.  However, TPO granted the landlords an award for the aggravation, distress and inconvenience caused by the actions of Sun Properties Leicester in failing to respond to their complaint or provide any information about the collection and whereabouts of the deposit.

Sun Properties Leicester failed to pay the award made and the Ombudsman referred them to the scheme’s independent Compliance Committee, which ruled that they should be excluded from The Property Ombudsman scheme.

TPO received a complaint from tenants relating to repairs and maintenance of their rental property, the provision of documentation, the end of tenancy procedures, provision of the landlord’s details and complaints handling.

The Ombudsman was not satisfied that Saville Park Ltd had met their obligations under paragraph 14b of the 2016 Lettings Code as she could not determine what actions the agent had taken when the tenants reported issues or that the agent had kept them updated.

The Ombudsman was also unable to determine that the agent had provided statutory documentation prior to the start of the tenancy (required under Paragraph 11c of the Codes), was critical that the agent had not clarified the end of tenancy procedures as required and had not responded to the tenants’ complaint. Saville Park Ltd was also criticised for not responding to a formal request for the landlord’s details which they should have done by law, and did not explain that the tenants were not entitled to this once the tenancy had ended.

The Ombudsman considered that the issues raised had caused the tenants some avoidable aggravation and the complaint was supported with an award of £300.

Saville Park Ltd failed to pay the award made and the Ombudsman referred them to the scheme’s independent Compliance Committee, which ruled that they should be excluded from The Property Ombudsman scheme.

TPO has been unable to determine whether Saville Park Ltd is still trading or whether it holds CMP membership. The agent does not appear to be using any property portals, such as Rightmove or Zoopla.

As part of TPO’s process, notification of this expulsion has been shared with all relevant bodies, including both Local and National Trading Standards.

The Property Dragon Limited failed to pay a £1,180 compensatory award in relation to a complaint from a landlord who had several issues with their management service, breaching numerous aspects of the Codes of Practice. TPO criticised them for their actions which left the landlord responsible for the tenant’s water usage and with unpaid rent.

Although an award was unlikely to be secured due to the agency no longer trading, a full review and judgement was given. An award of £1,180 was made in compensation, comprising an award of £850 for aggravation and £330 to cover costs incurred.

The Property Dragon Limited failed to pay the award as well as direction from TPO to return the property keys. They also failed to pay their renewal fees resulting in their TPO membership being ceased.

The Ombudsman referred them to the scheme’s independent Compliance Committee, which ruled that they should be excluded from The Property Ombudsman scheme.