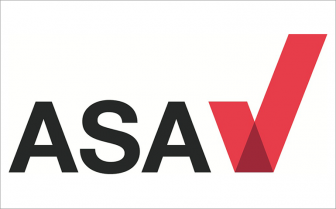 The Advertising Standards Authority (ASA) has issued a ruling that claims on sharedownership.net are misleading.

The website was set up by the National Housing Federation (NHF) as part of a new marketing campaign with the goal of “creating a powerful new narrative for shared ownership”. The campaign began on 20 January 2020.

In October 2020, Shared Ownership Resources submitted a complaint about the campaign to the ASA.

Ownership of the sharedownership.net website transferred to Keaze Ltd in May 2021.

The ASA undertook an investigation into three specific aspects of the complaint, focusing on the sharedownership.net website.

Firstly, whether ‘part buy, part rent’ terminology, and the claim: ‘It’s yours’ were misleading because they exaggerated the level of ownership attained by shared owners.

Secondly, whether the assertion that: ‘You can usually staircase… all the way up to 100%’ was misleading given that relatively low numbers of shared owners achieve full ownership via this pathway.

And, thirdly, whether failure to explain leasehold extension costs resulted in entrants to the scheme not having all the facts required for informed purchase decisions.

Sue Phillips, founder of Shared Ownership Resources, said: “The ASA ruling that ‘part buy, part rent’ terminology is misleading shouldn’t come as a surprise. At least one law firm has previously flagged that it is incorrect, and potentially non-compliant with consumer protection legislation, to describe shared ownership as ‘part buy, part rent’. Or, in fact, to use any terminology or slogans that suggest consumers are purchasing anything other than an assured tenancy leasehold interest at any time prior to 100% staircasing.”

This is significant because shared owners are exposed to greater risk, and have fewer protections, than leaseholders more generally. For example, shared owners face restrictions on subletting and sale, and do not have a statutory right to lease extension.

The ASA did not consider claims about 100% staircasing to be misleading.

Phillips continued: “This is disappointing. Given the significance of staircasing to 100% in order to access the same rights and protections as other leaseholders, it’s essential that homebuyers are clearly informed about the statistical likelihood.”

She added: “ASA ruling provides welcome clarity on the requirement for transparency, and has significant ramifications. ‘Part buy, part rent’ terminology is widely utilised not just by housing associations but also by property portals, mortgage brokers and lenders, and councils. It is also likely that other aspects of shared ownership advertising will now come under scrutiny, including affordability claims.”

Keaze said they believed that describing Shared Ownership as “part buy”, and stating “It’s yours” was not misleading, was in line with how the Government referred to the product, and was legally correct.