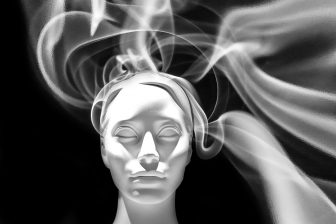 We’ve all had one… the unreasonable customer who makes life a misery with over-the-top demands or downright outrageous behaviours.

A few days ago, in the Wall Street Journal, Katherine Clarke interviewed New York realtors to get the low-down on clients that they just had to let go.

Cindy Scholtz, from Compass in New York City – who says that, ‘I lean into my spirituality’, recalled how one particular client, introduced through a meditation group they both attended, pushed her tolerance just too far.

“Our conversation started off with us manifesting her next home*. It’s a fun exercise I like to do with clients, where we envision what their new home will look like in detail and how they’ll feel in it.

“The manifesting exercise went well until we started on the part where we try to make it a reality.

“I arranged a tour of luxury Manhattan lofts, and at our first showing the client untied a blanket full of crystals that she set out in a certain order. Then she asked me and the listing broker to sit and feel the vibrations of energy in the apartment.

“This felt a bit wacky, but semireasonable. But the requests got more bizarre as the tour continued.

“The craziness peaked when she started channeling ghosts in a West Broadway loft. I had to end the tour, and the relationship, there.”

Ashley J. Farrell, from the Corcoran Group, in the Hamptons and Palm Beach, told of a client to whom she had sold a property a year and a half beforehand and who now wanted to sell on and upgrade. The agent was emailing paperwork to both the husband and wife.

Then late one night the husband sent her an email. He had removed his wife from the email thread and was asking what she was wearing. Farrell said: ‘I thought, “Oh for God’s sake. I hope this is a joke.” I replied, “Excuse me?”’

He apologised, making a lame excuse, but within days was doing it again, with more suggestive comments and unpleasant statements about the agency contract.

Farrell said: ‘After a few days of continued terrible behavior, I wrote him an email saying not only did I not appreciate his threats—or his late-night, sexual emails—but they should find another agent.

‘I copied his wife on that email and have long wondered about the fight that surely ensued afterward.

‘What I do know is that when they ultimately listed, it was with a middle-age male.’

* EYE does of course know that America and the UK are separated by a common language but ‘Manifesting’ a home is a new one on us. Apparently it is all to do with the Law of Attraction and, among other things, letting the Universe take the lead. Who knew? More here, if you must: https://millennial-grind.com/how-to-manifest-a-house-in-5-steps/

Use the comment section to tell us what circumstances have caused you to say a premature goodbye to a client or applicant.