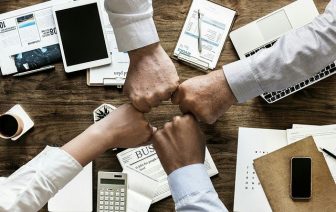 “Leaders lead by example, whether they intend to or not” is one of my favourite quotes… keep that mantra in your head at all times!

One of the most lively and interesting discussions that often takes place on our management training power hours and courses relates to the essential qualities of excellent managers. I invite attendees to consider the best manager they have worked for and to highlight the single most important attribute that causes them to class the person they are thinking of as being so good.

Frequently, the fact that the outstanding manager was seen to “lead by example” is cited as the characteristic that is most significant to a manager being deemed to be excellent. Therefore, it should be considered as a trait that all leaders should understand and aspire to…

As a manager of people, wherever you are in the hierarchy, you cannot fail at leading by or setting an example – however, the crucial point is whether it will be a good or a bad one! Nobody I have encountered within an estate agency environment will set out deliberately to do the latter, but accidents happen.

The staff’s perception is all important in this area – they may not be aware of a manager setting a good example, but they will almost certainly notice, and be influenced by, a bad one.

It is no coincidence that many estate agency staff display behaviour that they have absorbed directly from the person who manages them.

For example, the proprietor of an estate agency firm was recently bemoaning the sickness record at one of his branches, which was leading to unsatisfactory sales performance. It came as no surprise that the manager of that branch had the worst attendance record of any of the company’s management team – leading to the culture in that branch of absenteeism through illness being accepted as the norm.

A fair few cases of “Mondayitis” were happening. Interestingly enough, a member of the team from that office transferred to another branch and despite some early sickness issues they went on to achieve a full calendar year of attendance – something they had never got remotely close to at the previous office. Of course, it may have just been coincidence that the manager at the second office had not been off sick for over two years…

People take in information more through their eyes than their ears – therefore what managers do has a far greater impact than what they say. However, what is said obviously has a degree of importance and must dovetail with what is done.

Any mixed message in this area of a manager’s role will cause at best confusion and at worst resentment. The manager who demands the provision of a high standard of customer service by his/her team will doubtless experience problems if their staff witness a failure on the part of that manager to return a client’s call.

The “Do as I say, not as I do” style of leadership is absolutely doomed to fail.

The least successful managers I have encountered over the years have frequently been guilty of the misconception that once they have secured their management status, they can take their foot off the gas, that life will be a little easier, in short that they have “arrived”. Unfortunately, a key lesson for a successful manager is that management is a journey not a destination!

Leading by example often (but not always) means leading from the front. A mountain guide does just that to communicate to his party the direction and speed at which they must go. In an estate agency environment, a personal willingness to go out in front and “get your hands dirty” achieves the same result. However, time must also be invested in the other functions of leadership, such as planning, monitoring and checking. In short, managers must recognise that they may have to work harder than any of the people they are leading.

The standards set by a leader will be the standards achieved by his/her team. Punctuality, attitude, appearance, administration, customer service levels are all key examples within our industry.

I remember back in 2019, a manager arrived late for a training course, putting their tie on as they entered the room and then asked to borrow a pen… several of their staff were present, and I couldn’t help but wonder what they had gleaned from their manager’s conduct.

Examples are contagious. Children imitate behavioural examples, and adults retain that characteristic. By setting the right example, managers will gain respect, avoid accusations of hypocrisy and ultimately achieve a climate of teamwork and unity.