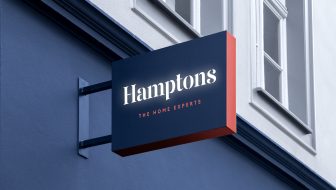 Hamptons has released its housing market forecast for next year and beyond, predicting that property price growth will remain above pre-pandemic levels as the cycle ends in 2024.

The company believes that summer 2021 marked peak house price growth. As we move into autumn and winter they expect price growth to slow, ending the year at 4.5% across Great Britain.

The North East will be the top performer over the next four years.  Hamptons expect house prices to rise 21.5% in Q4 2024, outpacing the Great Britain average of 13.5%.

A record-breaking first half of the year means that more homes will have sold in 2021 than in any year since 2007.  The property firm forecast 1.5 million completions in Great Britain in 2021.

Covid-19 induced changes mean households will make more moves than pre-pandemic times. It is forecast that transactions will fall marginally to 1.25 million in 2022 before reaching a new normal of 1.3 million in 2023 and 2024.

The rapid pace of rental growth will slow. They expect rents in Great Britain to end the year up 3%, before slowing to 2.5% in 2022 as affordability bites.

By the end of 2024 Hamptons expect rents to have risen by 10.0%, led by Southern regions.  Meanwhile, London will lag until growth accelerates in 2024.

Aneisha Beveridge, head of Research at Hamptons, said: “The housing market has confounded expectations and forecasts in past months.  Back in the autumn of 2020, such were the economic challenges being faced that we could not have envisaged the extraordinary demand for relocation which we have seen this year.  But there has been a huge attitudinal change towards property, which cannot be attributed to the stamp duty holiday alone.

“People now place a higher value on their homes, having have spent more time in them than ever before.  Flexible and remote working, which look set to continue, have encouraged households to make bigger moves.  As a result, more homes are likely to have been sold in 2021 than in any year since 2007.  This is why we also think housing activity will surpass pre-pandemic times in 2022 and beyond.

“The pandemic has accelerated the closing of the house price gap between London and the rest of the country.  Even so, we still expect London to underperform the rest of the country until 2024, when the cycle is likely to end.  While we will see a degree of levelling up over the next few years, the gap between house prices in the capital and the other regions is likely to be wider than that seen at the end of the previous cycle in 2007.  And this divergence will set the pattern for future performance.”

It says that the property market remains resilient as the stamp duty holiday draws to a close, but expects price growth to soften towards the end of the year.

The latest ONS data shows that residential property prices across Great Britain rose by 8% in the 12 months to July, down from a peak of 13.2% in June. The end of the stamp duty holiday combined with the fact that house prices were already recovering at the end of last year means they expect price growth to soften to 4.5% by Q4 2021.  The average price of a home in Great Britain will end the year around £258,000, a similar level to July 2021.

While growth will slow as the year draws to a close, 2021 will remain a strong year for price appreciation, compared with the performance of recent previous years.

Scotland is set to the see the strongest price growth in Q4 2021 (7%), followed by the North East (6.5%) and Wales (5.5%).  The average price of a home in the North East passed its pre-financial crisis peak for the first time this year.

Stretched affordability and the rise of flexible working have encouraged households to leave the capital, making London the weakest performing region. That said, Hamptons expect house prices in the capital to end the year up 1.5%, led by Outer London. The South East has been the biggest beneficiary of London outmigration.  Here prices are expected to rise 5.0% in Q4 2021 compared with the same time last year.

A second wave of lockdown-induced demand will keep price growth above pre-pandemic levels at 3.5% in 2022… 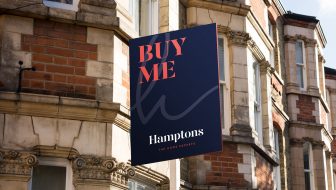 The estate agency says that a desire for more space and the flexibility for workers to split their time between the home and office will continue to stimulate the market in 2022. Equity-rich homeowners have dominated property market activity since the start of the pandemic, but they expect a second wave of lockdown-induced demand from those who have been unable to move this year.

Hamptons expect mortgage rates for all borrowers to hit rock bottom in 2022 which will boost affordability, particularly for first-time buyers using bigger mortgages who saw rates soar during the early days of the pandemic.

House prices are forecast to rise by 3.5% across Great Britain in Q4 2022, in line with incomes. Price growth will be strongest in the Northern Regions, alongside Wales and Scotland, where affordability constraints are lower. Next year they expect the North East to record the strongest price growth (6.0%) followed by Scotland, Wales, Yorkshire & the Humber and the North West at 5%.  Meanwhile, London will continue to see the weakest growth at 1%.

The economic recovery will determine the medium-term outlook for the housing market, with income growth and the pace of interest rate rises being particularly crucial to the direction of house prices.  If interest rates increase more rapidly than expected, this will dent affordability and put a dampener on price growth.

However, the combination of an economic recovery and the enhanced importance of homes should keep activity above that of the pre-pandemic era. Hamptons forecast prices in Great Britain to rise 3% in Q4 2023.

The cycle is likely to come to an end, but prices across the regions will be more widely spread than ever…

Typically, a house price cycle lasts around 16 years.  The cycle usually begins with price growth in London steaming ahead, as it did between 2008 and 2016.  This tends to be followed by a narrowing of the price gap between  London and the regions as prices in the North catch up.

However, the gap between London and the rest of the country is set to remain wider than at the end of previous cycles. With house prices in London forecast to rise by 7.0% over the next four-years, by the end of 2024 Hamptons expect the average home in the capital to cost 87% more than the national average. At the beginning of the house price cycle in 2008, the gap stood at 59%, rising to a peak of 117% in 2016.

Hamptons forecast the North East to see the strongest price growth over the next three years, with prices here expected to rise by 21.5%.  But by 2024, the average price in the region will remain 41% below the national average, unless economic growth in the region picks up pace.

Historically, the beginning of a new house price cycle has been synonymous with a sharp price correction. However, Hamptons do not expect this to be the case this time. A low interest-rate environment, tighter lending criteria coupled with the fact there’s been considerably less house price growth over the last 16 years means we’re more likely to see a continuation of modest price growth, such as we’ve witnessed during the last five years, rather than a boom followed by a bust.

A record-breaking first half of the year means that more homes will have sold in 2021 than in any year since 2007.  We expect an increase in completions in September, as the stamp duty holiday comes to an end, but activity looks set to moderate as the year draws to a close.  By the end of 2021, we forecast 1.5 million homes to have been sold across Great Britain (chart 2).

In 2022, activity will be supported by households who have been unable to move home in 2021 as a result of affordability pressures, job uncertainty, or because they could not find a suitable property.

First-time buyer numbers should increase next year as the rates on higher-loan-to-value mortgage deals become cheaper.  We forecast there to be 1.25 million transactions across Great Britain in 2022, 17% fewer than 2021, but 22% more than in 2019 (chart 2).  This is a smaller hangover than after previous stamp duty holidays.

Thanks to a growing economy and low-interest rates, transactions will reach 1.3 million in 2023 and 2024 (chart 2).  As people spend more time in their homes and as a consequence are on the hunt for space, we expect transactions to remain above pre-pandemic levels.

The rapid pace of growth is expected to slow

We forecast that the rapid pace of growth in the rental market will slow in 2022.  But the rate of increase should still be above pre-pandemic levels, supported by tenants’ willingness to pay for extra space and by unprecedentedly low levels of stock.

The regions outside London, where affordability is less stretched, will see stronger growth.  Rents seem set to move in similar directions, with no significant North-South divide.  The South is likely to see marginally stronger growth, with rents here forecast to rise 14.5% by the end of 2024.