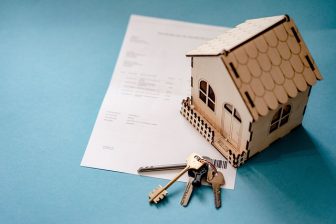 Homeowners can expect to see residential property prices fall this year by up to 6%, according to the National Association of Property Buyer (NAPB).

But while 2023 is set to be a “difficult year” for the sector, the NAPB say there are reasons to be optimistic, according to Jonathan Rolande, spokesman for the NAPB, whose members purchase around £1.5bn of property annually.

He said: “I believe that there will be a slight recovery in January as the difficulties of 2022 fade in the memory after the Christmas break. That said, the outlook for the first half of the year is not great for prices. We should expect small drops each month for at least the first four to six months. There are reasons to be more optimistic in the second half of the year when activity should increase during the summer months.

“This will negate some of the price reduction but it is looking very likely that by the end of 2023 there will have been no increase in prices and perhaps even a fall of up to 6%.

Rolande’s comments come in the wake of various reports that this year could see homeowners lose a chunk of their property’s value.

Rightmove predicts average asking prices across Great Britain will drop by 2% after two and a half exceptional years, and hyper-local differences between sectors and segments of the market will become even more pronounced, with prices depending on the types of property available and the desirability and affordability of the exact location. This means it will be important for sellers to work with a good, local estate agent who knows every corner of the area.

The property portal says there will likely be a period of readjustment for both buyers and sellers at the start of the year as the market settles into its pattern. Buyer affordability is likely to be more stretched, however sellers may not be in a rush to drop prices if they don’t see much competition from other sellers in their area. 2023 may favour bold sellers who look to offset a lower offer on their current home by offering less on their onward purchase if they have made gains during the pandemic on their property and are willing to give some of these up.

Tim Bannister, Rightmove’s property commentator, said: “Property prices have risen exceptionally over the last three years. If we compare with December 2019, just before the pandemic started, the average asking price of a home in Great Britain has risen by a staggering 20%. To put that into context, asking prices rose just 3% in the previous three years, and we need to go all the way back to 2013 to see similar price growth.

“We expect average asking prices to drop by 2% next year now that the frenetic period for the market is over, and it is likely that some sellers, particularly those in locations and sectors of the market that have benefitted the most from pandemic price growth, may be willing to give up some of their gains in this calmer market in order to negotiate a successful sale.”