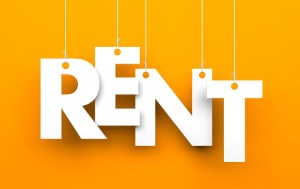 The majority of letting agents expect rents to rise over the coming year, according to a survey that comes amid the cost-of-living crisis.

The poll of more than 1,100 letting agents, carried out by the UK Association of Letting Agents (UKALA), reveals that 79% of member letting agents see rents rising in 2023, with over half –  58% – expecting to see growth of up to 10% and 21% by over 10%. Only 17% forecast no change and virtually none predict rents falling.

Tenant arrears forecasts were also quite concerning, with nearly 68% of respondents seeing rent arrears increasing next year (of which 8.5% are forecasting them to more than double), mostly in Greater London and South East England, although the South West was also significant.

Tim Clark, chairman of UKALA, saw the results as concerning but not surprising.

He commented: “The economic situation in the UK is, as we know, going to be difficult next year and this will clearly impact on rents, due to rising costs for landlords, and increased tenant arrears due to affordability.”

Clark added: “The increasing burden on landlords, which has been happening for quite some time, is now starting to have a real impact on the availability of rental stock in the private sector. Our survey results show this quite starkly.”