Tributes have been paid to one of the country’s leading estate agents who has died after serving some 40 years in the industry.

Nick Taylor was managing director of John D Wood & Co, part of Countrywide, up until the time of his death. He had worked as operations director alongside the legendary Peter Young, running the business together until the latter’s retirement in 2015.

He was known as an inspirational leader with a huge laugh – and had many friends in the industry.

He joined Mann & Co in the late 1970s, rising to head of sales in the late 1980s, where he was instrumental in developing the business and brand.

He continued to work for Countrywide in a number of roles before joining John D Wood 20 years ago in 1999.

Paul Creffield, group managing director of Countrywide, said: “Our industry has lost a tireless champion of the critical role agents play in serving our customers.

“I was lucky enough to have known Nick for many years and I will always be grateful for his support.

“Those of us who knew Nick well have lost a friend who will be greatly missed.”

Polly Ogden Duffy, regional sales and lettings director at John D Wood & Co, said: “Nick was an inspirational leader, a mentor and a friend to many.

“He had an infectious personality and a selfless approach to his role as managing director.

“He referred to John D Wood & Co as a family, and his leadership, care and support for all our employees will be felt in his absence.

“His ability to light up a room with his roaring laughter will always be remembered.”

She and Jonathan Dyson will continue, as they have done over the last ten months of Nick’s illness, to oversee the sales and lettings operations within John D Wood & Co. 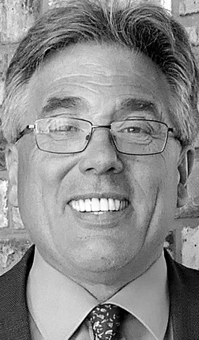