Speculation that the stamp duty holiday will be extended has been welcomed by the residential property industry.

The Times report that the chancellor Rishi Sunak will extend the stamp duty holiday in next week’s Budget, which is good news for agents and buyers who feared that they would miss out on property purchases if the holiday ends at the end of March.

Research from property tax specialists Cornerstone Tax shows that 37% of potential house buyers will not be buying a house in the near future if the stamp duty holiday ends in March.

Reflecting on speculation that the stamp duty holiday will be extended next week, David Hannah, founder and principal consultant of Cornerstone Tax, said: “This news is big a win for the property industry and home buyers, especially given that without it thousands of purchases could fall through and many will pause their plans to buy houses as our research shows.

“The approaching end of the stamp duty holiday is already having a profound effect on the property market, sale collapses are approaching record highs and solicitors and conveyancers are already reporting that they expect to see a considerable drop in demand very soon.”

Hannah believes that calls to make the holiday permanent or scrap the tax altogether are unrealistic given the levels of public debt and the £12bn tax take it generates each year.

But he says that raising to the nil-rate band, to somewhere around £300,000, will benefit the majority of buyers without affecting a large amount in tax revenues, which is obviously key to the recovery of public finances.

“Home ownership is key to the UK economy, upward mobility and the aspirations of many that are currently struggling to get on the property ladder,” he added. 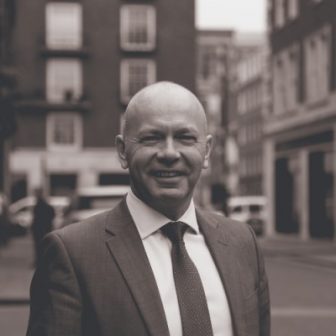 “Hundreds of thousands of transactions have been caught up in the logjam caused by the rapidly approaching deadline and many people face being penalised through no fault of their own.

“While it would be positive to see an extension, an abrupt end to the stamp duty holiday, whenever it happens, could cause harm to the economy and disrupt the property market.

“A gradual phasing out of the scheme would ensure that consumers still waiting to complete aren’t hit in the wallet and would make more sense, as a cliff-edge at any time is an unnecessary threat.

“Considering property transactions are taking longer to complete, if there is no gradual phasing introduced, buyers entering the market now will need to be prepared to pay stamp duty.”

Patrick Littlemore, chief executive at Marsh & Parsons, said: “The Stamp Duty Holiday has been a positive in the pandemic climate. An extension of it is most welcome, especially for all parties currently working towards an exchange of contracts. The availability of property in London and the current lending climate, makes this point in 2021 a fantastic opportunity to move home – the extension only reinforces that.  It will no doubt boost activity in the spring market.  This in combination with the Prime Minister’s plans to ease lockdown, especially the physical return to schools, should have a positive impact on the family house market in particular.”

Mark Hayward, chief policy advisor at Propertymark, commented: “The speculation that the stamp duty holiday will be extended is good news for the property sector. Since the holiday was first announced, we have continually worked to galvanise the industry and lobby Government to rethink these timings due to our concerns that a cliff edge in March could cause thousands of sales to fall at the final hurdle and have a knock on and drastic effect on the housing market which has recovered well from the Covid-19 slump.

“However, extending the holiday until June will create another cliff edge. We know from our own research that the majority of estate agents expect to see an increase in the number of failed sales if the stamp duty holiday ends at a cliff edge so we need Government to consider a tapered end to the holiday so that buyers aren’t forced to pull out at the last minute and the property market can continue to thrive.”

John Phillips, national operations director, Just Mortgages and Spicerhaart, said: “This proposed extension shows the importance of the housing market to the UK economy. It will certainly help ease the burden on some in the chain looking to rush deals through.

“However, this solution only kicks the can down the road. There have been discussions of a cliff edge with chains collapsing if they didn’t get over the line in time, but we don’t anticipate a sharp drop in activity whenever the holiday ends.

“The market has been predominantly driven by changing requirements. With millions now working from home, space for a desk, in some cases two, has moved up the priority list. People have also been looking for outside space as a result of the lockdowns. The lockdowns have also helped some to save a larger deposit. Also, by removing the need for a commute, people have looked to move out of the city.

“This latest announcement along with the confidence brought by the vaccine should help keep the momentum the market has built going for another few months. The end to the holiday, whenever it falls, will be a speed bump in the road. The market will slow down as we approach it, but will speed up again when we are past it.”

Rob Houghton, CEO of reallymoving, said: “This policy has been critical in keeping the housing market moving through the pandemic but I would urge the Government to restrict this extension to buyers already in the conveyancing process – so those who have had their offer accepted and appointed a solicitor to undertake the conveyancing work. This gives buyers who began their homebuying journey in good time but have been subject to delays, a new window to complete.

“While the holiday has been helpful for second steppers and those higher up the ladder, it has also caused prices to rise dramatically over the last year at the expense of First Time Buyers. They have faced greater competition for homes, price increases and a restricted mortgage market – which led to a 12% fall in the proportion of First Time Buyers in the market in the second half of 2020.

“Encouraging a new rush of buyers into the market could once again have a detrimental effect on First Time Buyer share which has recovered strongly since the start of the year, back up to 58% of transactions from a low of 46% last September.”

Camilla Dell of Black Brick said: “The extension of the SDLT holiday is welcome news and will inject renewed positivity into the property market. Buyers no longer face a “cliff edge” to try and get their transactions through before 31st March. However, for prime Central London, where property values are much higher than the rest of the UK, the saving equates to £15,000 so not a significant game changer. What’s more relevant for PCL is the surcharge coming in on April 1st for overseas buyers.

“The SDLT saving, whilst being seen as positive by buyers and sellers alike, has mainly benefitted sellers. We are hearing reports of sealed bids and properties selling for well in excess of the asking price on lower value properties around the UK. For many buyers, the SDLT saving has been eradicated by the rise in house prices as evidenced by the recent Halifax house price index which showed that House prices in January 2021 were 5.4% higher than the same month a year earlier.

“A better approach would have been to make the SDLT holiday only available to first time buyers rather than all buyers. The Chancellor seems to be giving with one hand and taking with the other when it comes to overseas buyers, allowing them to have the benefit of the SDLT holiday, but then introducing a surcharge from 1st April.”

Shaun Drummond, director & general manager at Harrods Estates, commented: “We are very pleased to hear the latest news on the roadmap out of lockdown – this will undoubtedly provide a welcome stimulus to the economy, boost trade and support business owners and their employees. Additionally, the proposed extension to the domestic SDLT holiday until the end of June 2021 will be greatly appreciated.

In regard to the forthcoming changes to tax legislation, whilst this was announced long before any signs of a pandemic, it does feel like it is a sensitive time for tax changes.  There could be an unintended effect on people who have been living in properties for long periods of time, where the value of their home has increased extensively since they originally purchased it.

Lisa Simon, head of residential at property consultancy Carter Jonas, said: “The motivation for supporting an extension of the stamp duty holiday goes beyond the transactional progress of buying and selling homes. The bigger picture is what we describe as ‘The Multiplier Effect’ – the accompanying spending associated with a house transaction, in both newly built homes and second-hand homes, that requires the support of multiple services to assist with the process.

“We know that a strong housing market contributes to the wider economy, but almost more importantly over the next few months is what happens at a micro-economic level and how the buying and selling of homes stimulates additional expenditure in local economies. By providing more time to allow more buyers to push through their sales and benefit from a tax break, there is every chance that any consumer saving will filter down to support the industries that are associated directly and indirectly with the property market.

“We would hope that trades such as, builders, architects, painters and decorators, interior designers, plumbers, landscapers and electricians, who rely on the act of people moving to a new house for new business, would feel the benefit of a decision to extend the stamp duty holiday.”