Almost 800,000 households could be vulnerable to repossession if they suffered a loss of income, according to a new think-tank report. 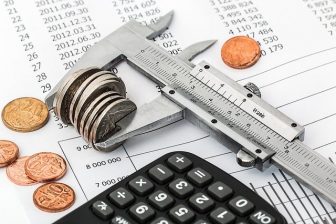 Think tank, the Social Market Foundation, analysed official data and found that of the 770,000 at risk of repossession, just over a quarter – 26% – worked in retail or manufacturing, sectors badly hit by the pandemic.

An independent SMF report funded by the Building Societies Association (BSA) shows that the pandemic has reduced the savings of many mortgage-holders, with around 14% of owner-occupiers not having sufficient savings to cover a single month’s mortgage payment.

Paul Broadhead, head of mortgages and housing at the BSA, commented: “With the growth in wealth and income inequality as a result of the Covid-19 pandemic, it’s now more important than ever to look at all possible options that could help homeowners who are struggling to meet their mortgage payments beyond lender forbearance.

“There isn’t one single solution that will support all those in need. Stakeholders, including government and lenders, need to work together to ensure that homeowners and families, whether they’re dealing with temporary or longer lasting financial difficulties have the best chance of overcoming their difficulties and enjoy a home which is financially sustainable.

The Financial Conduct Authority has banned home repossessions until 1st April, whilst mortgage payment deferrals will cease after 31st July.

The SMF said that the coronavirus pandemic should provide a wake-up call for ministers on the need for stronger state support for homeowners at risk of eviction.

Support should, according the SMF, include a time-limited hardship grant for those suffering a temporary loss of income, to help people keep up with mortgage payments.

Whilst overall savings have increased during the pandemic, the SMF said this experience did not reflect reality for many homeowners, particularly those on the lowest incomes and in insecure jobs.

Opinium polling of 2,000 mortgage-holders from February 2021, commissioned for the SMF, found that 29% had seen their household savings decrease during the pandemic, those on lower incomes were more likely to report declining savings, while 14% said they did not have savings to cover even one mortgage payment.

In addition, 30% said their savings could pay no more than two months mortgage payments.

The report criticises the erosion of state support for homeowners who are unable to make mortgage repayments because they have seen a reduction of income or lost their job.

The government’s Support for Mortgage Interest (SMI) scheme has shifted from a grant to a loan, and under current plans by 2024 mortgage-holders will only be able to claim SMI if they are entirely out of work.

The SMF said that a time-limited hardship grant – similar to the United States’ Hardest Hit Fund – would better protect households from building up additional financial burdens.

Polling commissioned by the Department for Work and Pensions has previously found that 38% of existing SMI claimants incorrectly expected the loan would make their mortgage interest less affordable.

Scott Corfe, research director at SMF, said: “It’s often observed that the pandemic public health restrictions have allowed many people to pocket extra savings. But our analysis shows this isn’t true for everyone and close to 800,000 homeowners could be at risk of losing their home during these turbulent economic times

“With 30% of homeowners seeing a reduction in savings during the pandemic, the Government needs to prepare for a possible spike in evictions and repossessions, with many of society’s most vulnerable unable to keep paying their mortgage if they suffer a loss of income or lose their job.

“Ministers should urgently consider a time-limited hardship grant for those at risk of repossession as well as long-term reform of the existing support for mortgage interest scheme.”