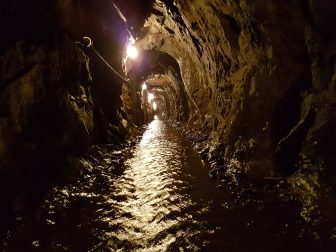 New research has alerted homeowners – and lenders and estate agents – of the potential hazards associated with abandoned limestone mines in Greater Manchester.

Groundsure recently published a white paper revealing the extent of non-coal mining risk in major cities across the UK and has identified over one million properties in Greater Manchester that are potentially at risk of significant ground movement. There are 159 recorded sinkholes in the region, and with an additional 2,260 disused mines, pits and quarries recorded in the area, this recorded number is projected to increase.

Homebuyers in Greater Manchester will be familiar with receiving records that show the history of coal mining, however the main risk is from mineral mines in the region which are not covered by insurance. The Ardwick Limestone Mines are a prime example of underground quarrying that is often overlooked; yet the unpredictable characteristics of limestone could cause a homebuyer multiple complications if not managed effectively.

Limestone is porous and highly likely to dissolve when coming into contact with water. With climate change causing rainfall to become heavier and more frequent, limestone could dissolve much quicker than it has done previously, heightening the risk of ground collapse.

There is little knowledge of how old these mines are, but they can be traced back to the Romans. They have been neglected and built over as the city has grown and although mine owners were legally required to produce reports when the mines closed in the 1800s, little research has been done since then.

Additionally, many workings on the mines have failed to be recorded. There are signs of extraction on the surface in many locations but there are very few records, meaning the potential risk is harder to detect.

Subsidence has previously been rare, yet disused mines, such as at Ardwick, continue to cause more ground movement nationwide. Insurers do not cover the costs caused by abandoned mineral mines, unless they directly affect the house, and homeowners could be faced with charges in excess of £10,000 to fill in a sinkhole that has engulfed their garden.

Benjamin Oldcorn, Senior Search Writer at Groundsure said: “The Ardwick Lime Works need serious attention due to the increase in population living around and above the workings.

“Towards the end of the 1800s, the Ardwick mines spanned over 200,000 square foot and there is the danger that these mines date back well before records even began. As such, when buying a home in Manchester, it is crucial to thoroughly assess all previous mining activity and have a comprehensive understanding of mineral extraction in the area.”