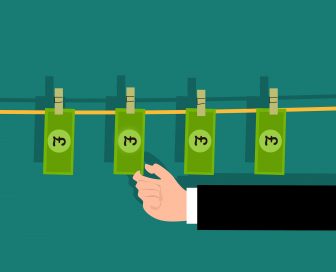 Nearly half of property professionals aren’t bothering to upgrade anti-money laundering (AML) processes because of ignorance or apathy over the risk of financial penalties, new research has found.

A survey by tech firm First AML, which polled 250 real estate professionals across the UK, found as many as 43% of respondents said they hadn’t improved their AML processes because they either don’t care or don’t think they will get fined.

However, earlier this month, research showed that the average fine for non-compliance with AML regulation in the estate agent sector had increased by 63.7%.

The First AML survey also revealed that almost half (48%) of respondents had identified an instance of suspected money laundering in the past three years. Alongside this, 59% said they were not completely confident in their AML procedures.

Despite the growing threat, 42% of respondents said they are considering cutting their compliance budget in light of the expected recession – which is unsurprising considering the survey also found that maximising profitability ranked as the highest business priority while protecting reputation was identified as the lowest.

On a positive note, 82% of property professionals said money laundering had become a greater focus in 2022, with the majority saying this was because of an increased focus on customer transparency and ethical customer onboarding (60%).

When asked what they believed was the weakest part of their AML process, the majority said it was training staff on the latest regulations (29%); this was closely followed by document collection for individuals and companies (24%) and getting staff to actually follow procedures (23%).

To become more compliant, 78% are implementing technology. Alongside this, 60% are looking to increase budgets for emerging tech and implement AML software in 2023 to avoid AML non-compliance fines.

Simon Luke, UK country manager at First AML, commented: “Property professionals need to be more vigilant when it comes to their anti-money laundering processes. Turning a blind eye because they believe the severity of fines is small or inconsequential is a very dangerous mindset.

“It’s time for the real estate sector to ensure they have a robust process in place in order to prevent dirty money from passing through their systems.”