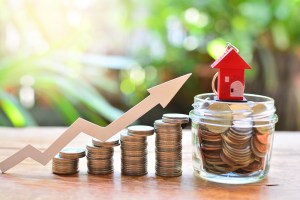 UK private sector rents have seen the highest jump since records began in 2016, according to new data.

Figures from the Office for National Statistics (ONS) reveal that rents rose by an average 3.2% in the 12 months to July.

Reflecting on the data, Nathan Emerson, Propertymark CEO, said: “Rises in rental prices are contributed to a series of reasons including inflation, but with a significant number of landlords across the UK only having one property, increasing tax burdens and recent legislation adding to the hundreds of existing regulatory pressures are causing their costs to rise.

“If the trend of small portfolio landlords leaving the sector continues, the losses to the private rented sector will be no small dent.

“A healthy mix of small and larger landlords has played a key part in the success of the private rented sector and supporting tenants to find homes, but without the investment and support needed by the UK Government, this trend is set to continue, and the imbalance of supply and demand will only continue to worsen.”

While rents have continued to climb across the country, the figures reveal that there was a sustained pick-up in London.

Sarah Tonkinson, managing director (Institutional Private Rented Sector and Build to Rent) Foxtons, commented: “Rent is making headlines in the Capital. Put aside renewals, which are reflected in the ONS data, and London’s average rental price for new rents was £541 per week in July, hot on the heels of June’s £549 per week, which broke the record as highest monthly rental price in years. This is due to high demand and low supply – aggregators have had 40% fewer new listings year to date.

“As low stock and high demand are likely to continue for some time, we do not see average rental prices declining significantly in the coming months.”