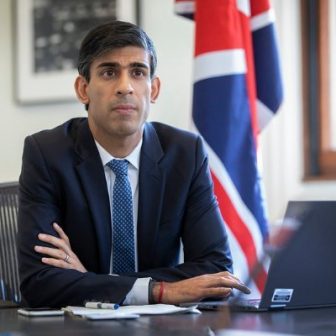 The National Association of Property Buyers (NAPB) has urged the UK government to put an end to infighting over housebuilding targets.

The plea comes after prime minister Rishi Sunak pulled a vote on the government’s plans to build 300,000 new homes by the mid-2020s as Conservative MPs threatened a backbench rebellion.

With some 47 MPs reportedly signing up to an amendment to the Levelling Up Bill that would ban mandatory housing targets in England, the NAPB said the row has come “at the worst possible time”.

With uncertainty hanging over the delayed vote, the NAPB’s Jonathan Rolande called for a clear plan to support potential homebuyers looking for affordable property.

Commenting on the wrangling in Westminster, Rolande said: “This is the last thing the property market needs right now. There’s enough uncertainty and concern over house prices and the lack of available homes.

The NAPB also wants local authorities to be given more powers to build. “Councils should urgently look at developing on brownfield sites,” Rolande said. “There are around 160,000 acres of these – especially those over which the council has some control. Building varied housing on these sites would relieve much of the pressure being felt in the property market.

“However, because of worsening market conditions and higher borrowing costs, we will begin to see private developers hold back on building until things look economically brighter, making the problem worse. A council and government-backed housebuilding programme would be a solution, albeit a tricky one politically.”

He added that local objections can block perfectly valid plans. “Politicians now have the task of squaring this circle – and they need to get on and do just that,” Rolande said.