Ombudsman Services – which is about to quit the residential property market sector – has called on the Government to install one single ombudsman for the entire housing industry.

Ombudsman Services, which is thought to be interested in the over-arching role, says there are currently almost 40 organisations giving some sort of redress.

The body says the current redress scheme is a “baffling patchwork”.

Matthew Vickers, chief ombudsman designate at Ombudsman Services, said: “Redress in the housing sector is far too complex, with overlaps and gaps that make it virtually impossible for consumers to get complaints resolved.

“Our research shows the vast and baffling patchwork of schemes that people are faced with when they have an unresolved complaint.

“By following the model used in energy, where strong regulation is backed up by a single ombudsman and effective advocacy, redress in housing could be transformed for the better.

“Our research shows that the vast majority of the public support this approach.”

The proposal for a single ombudsman covering everything from social housing to private housing, builders and new homes, was put forward in a Ministry of Housing consultation earlier this year.

But while the Government seems strongly pre-disposed towards the idea, The Property Ombudsman scheme has rejected it.

TPO ombudsman Katrine Sporle has called for a single ombudsman in the private housing sector.

The regulator of such a redress scheme could be Propertymark. There would be another single ombudsman in the social sector. 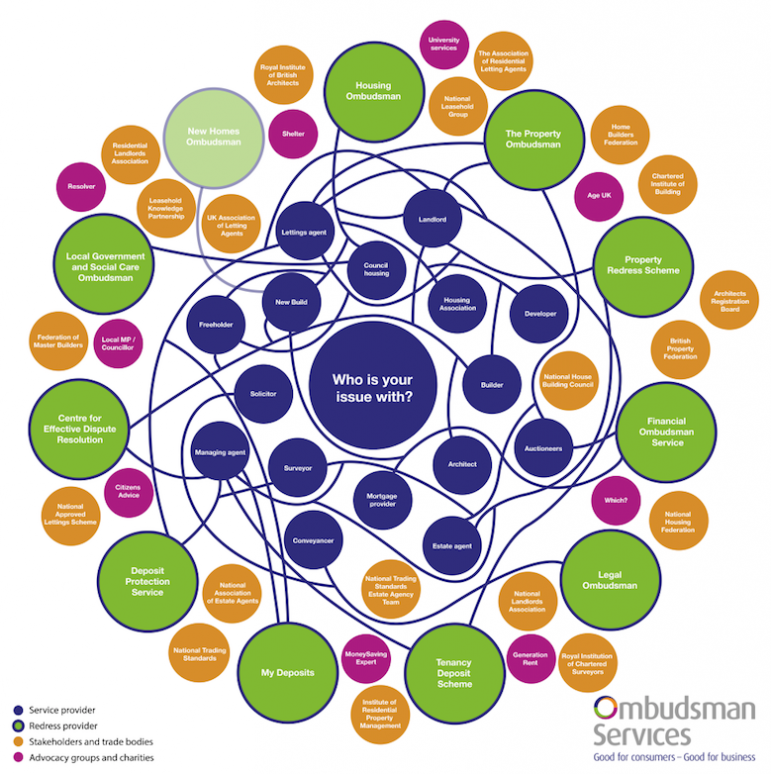