Today marks the sixth anniversary of the Brexit referendum, and so have the UK and Europe’s housing markets fared since the Leave campaign won 52% of the vote?

Fresh research by Knight Frank reveals that house prices are up 39.3% across the EU-27 with almost half the rate of growth occurring in the last two years during the pandemic. The UK’s rate of growth is not far behind with prices up 30.8% over the six-year period. 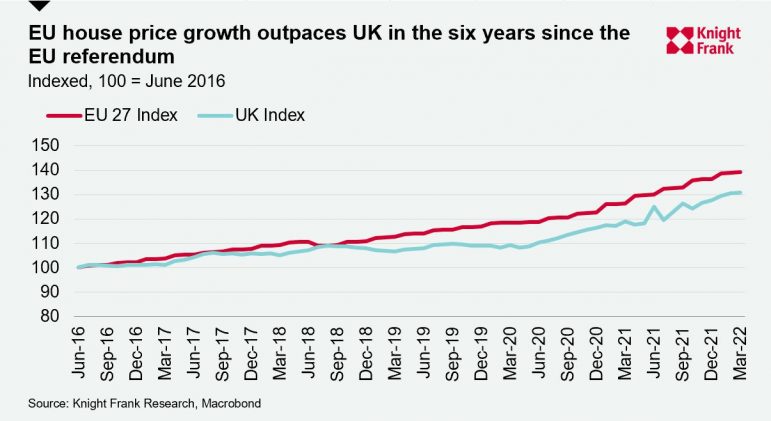 Based on the data provided, 12 of the 27 markets have witnessed price growth in excess of 50% since 2016, with Germany, Ireland and Portugal amongst them.

A prolonged period of low interest rates, significant fiscal stimulus across the region during the Covid-19 crisis which led to accumulated savings and limited new supply, exacerbated by the pandemic has seen prices climb. 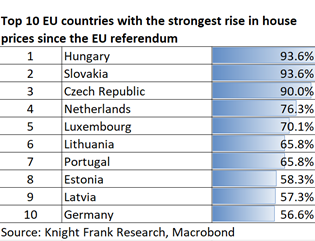 A look at the top-performing countries since the Brexit vote in June 2016 reveals Central Europe is on top with Hungary, Slovakia and the Czech Republic each registering price growth above 90%.

As monetary policy tightens, the rate of growth across the UK and the EU is expected to slow.

With the EU expected to be slower to increase interest rates – the first hike slated to be in July – and the US and UK amongst the fastest there may be a currency play for some overseas buyers looking to take advantage of a weaker euro, according to Knight Frank.