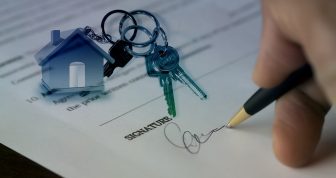 The number of landlords asking prospective tenants to provide guarantors ahead of renting a property has increased 36% over the past four years, new research shows.

Goodlord analysed a sample size of 730,000 tenants who took on a rental property between January 2018 and December 2021. It revealed that requests for guarantors for non-student tenants jumped by a third during that time.

The biggest shift came in 2020, when pandemic-induced concerns and fears around the eviction ban spurred landlords into increasing their due diligence when it came to prospective tenants.

The increase in demand for guarantors has been felt more keenly in different regions across the UK. The biggest increase has been in the West Midlands. In 2018, 6% of non-students tenants in the region were asked to provide a guarantor. In 2021, this had risen to 14.9% – an increase of 149%.

This was followed by the South West, where requests for guarantors has risen from 11.4% of all tenants to 19.9% – an increase of 74%

However, this was not the case in all regions. The East Midlands has seen a decline in landlords requesting a guarantor, with numbers down by 32% compared to 2018. Wales also recorded a reduction of 15% over the period.

Blake Richmond, Managing Director of Referencing at Goodlord, commented: “There’s been a notable rise over recent years in the number of landlords requesting tenants to name a guarantor. There are two main reasons behind this.

“Firstly, the pandemic and subsequent evictions ban created a lot of uncertainty in the market in 2020. No-one knew what the economic fallout would be and scores of people were working in sectors hit hard by lockdowns, meaning landlords were being understandably cautious when it came to new tenancies.

“Since then, rents have been rising faster than wages in real terms, meaning more tenants are spending a greater proportion of their salaries on rent and, thanks to the ‘race for space,’ more tenants are stretching their budgets in order to secure properties with spare rooms or gardens. Combined, these factors have shifted market behaviours and landlords are seeking out additional assurances during the referencing process. Naming a guarantor can be a positive thing and enable a greater spectrum of tenants to access housing, however it can add complications to the rental process and is something that should only be requested when genuinely needed, lest we create unnecessary barriers to entry in an already competitive rental market.”

Reflecting on Goodlord’s findings, Greg Tsuman, lettings director at Martyn Gerrard in north London, says that this trend is consistent with what agents are seeing in the capital.

“Increase in tenancies with guarantors is yet another sign of the lengths tenants have to go to when securing a roof over their heads. The relentless attack on landlords by the government is intensifying the housing crisis with many landlords exiting the PRS. Supply of rental properties plummeted 71% in just 12 months and demand is at record highs. As predicted by the industry, rents are rocketing, with no sign of stopping. Increasing supply levels of rental property is the only viable solution.”

Nathan Emerson, CEO of Propertymark, added: “During the pandemic, many letting agents and landlords worked hard to ensure tenants remained securely in their homes by arranging repayment plans and negotiating rent reductions.

“Not only have tenants faced financial difficulties, but it’s important to remember that many landlords will have as well – considering that 54 per cent of landlords have buy-to-let mortgages and nearly half of all landlords have only one property.

“Additionally, even before the pandemic, changing legislation and the onset of tax changes have impacted landlord’s costs so it’s not surprising that we are seeing a rise in landlords requesting rental guarantors to give a greater level of protection should a tenant fall into arrears or default on the tenancy agreement.”