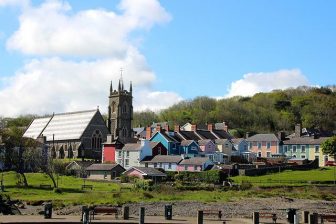 There has been a notable increase in the number of second home owners in Wales selling up ahead of the introduction of a new council tax hike, according to Bangor estate agent Ian Wyn-Jones.

Speaking to BBC Radio Wales Breakfast, Wyn-Jones said that they were already seeing changes for first-time buyers even before the premium tax comes into play.

The maximum level at which local authorities can set council tax premiums on second homes and long-term empty properties will be increased to 300%, which will be effective from April 2023.

Currently, premiums are set at a maximum level of 100% and were paid on more than 23,000 properties in Wales this year.

Under the new rules, councils will get to decide the level that is appropriate for their individual local circumstances. Councils will be able to set the premium at any level up to the maximum, and they will be able to apply different premiums to second homes and long-term empty dwellings.

Wyn-Jones, who works across north Wales, told the BBC that certain second home owners were already selling up their properties, freeing up more homes for first-time buyers to purchase.

He said: “What we are seeing here in north Wales is that there’s a lot of properties coming on the market where they wouldn’t have a year ago. So people are planning ahead with this obvious increase by the Welsh Government, which is a good thing but also it could be a bad thing as well for the whole economy.

“Over here in north Wales – more than anything else, we are reliant on tourism. It’s important that we manage the whole process very smoothly but very carefully as well.”

He added: “We’ve sold a couple of properties where there were second homes in the price point of £150-250k, and we’ve seen them going to local people. It is working slowly.”

But despite the early, the estate agent is urging he Welsh government to “tread very carefully” when it comes to this policy so that the local economy is not adversely  affected.

Wyn-Jones continued: “We are reliant on tourism here in Wales, so it’s important not to push people out but also encourage people to come over here. But also, it’s so important to get those first-time buyers on the market because that’s the beginning of the chain.

“That’s what people need to realise – that whole little community in regards to that property – you’ve got that cleaning team, marketing team and those people spend in those community as well. It’s important that we don’t push people out but we are one big community.

“What I’ve seen for the last couple of months already, more than anything else, I’ve seen properties before that would’ve easily been sold so quickly for the holiday market and that just comes to show that people are looking elsewhere now.”