Figures from estate agent comparison site, GetAgent.co.uk, shows the average estate agent fee in Great Britain is 1.51%, up 0.26% when compared to this time last year.

Based on the current average house price, that means homesellers are paying £4,154 to sell their homes.

Of course, in some parts of the property market, this fee comes in much higher, and Kensington and Chelsea is home to the highest percentage fee at 2.32%.

The borough is also home to the highest monetary sum based on the current average house price, with homesellers in the borough forking out a hefty £32,430 in estate agency fees when selling.

London accounts for eight of the 15 highest percentage selling fees.

London also accounts for the vast majority of the 15 highest fees in a monetary sense, with homeowners paying between £8,978 and £32,430.

Elmbridge is the only area outside of London to make the list with the average fee to sell costing £8,978.

Kensington and Chelsea is not only home to the highest fees, but the area has seen the most substantial increase since last year in terms of money paid.

“With the market starting to pick up after months on end of Brexit uncertainty, exacerbated by a total pandemic lockdown, it’s only natural that fees will also see a slight lift, particularly given the financial turmoil some agents may now be in.

“Of course, this percentage-based fee means that those lucky enough to have a considerably more expensive house to sell will pay out a fair chunk more for the pleasure.

“However, the average fee remains far more palpable than the three and a half per cent that used to be the norm.

Homesellers are also starting to realise the vital role estate agents play in the property selling process and, given the tougher market conditions, they will probably find the fees much better value for money than they may have previously.” 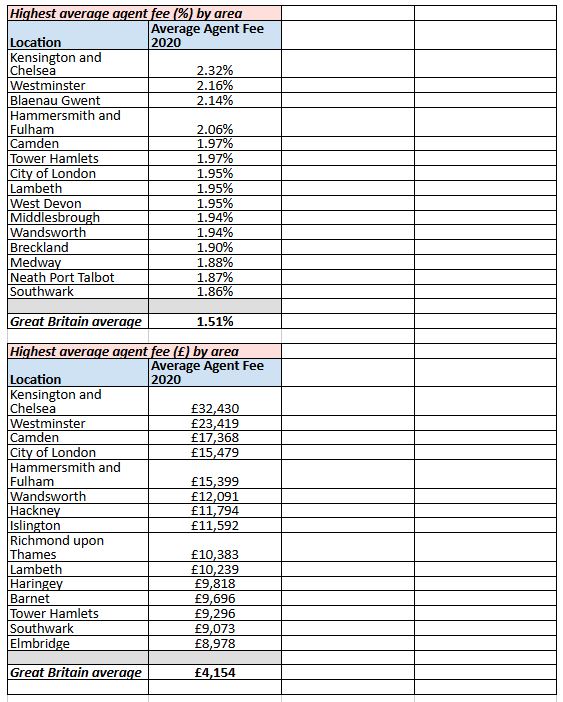 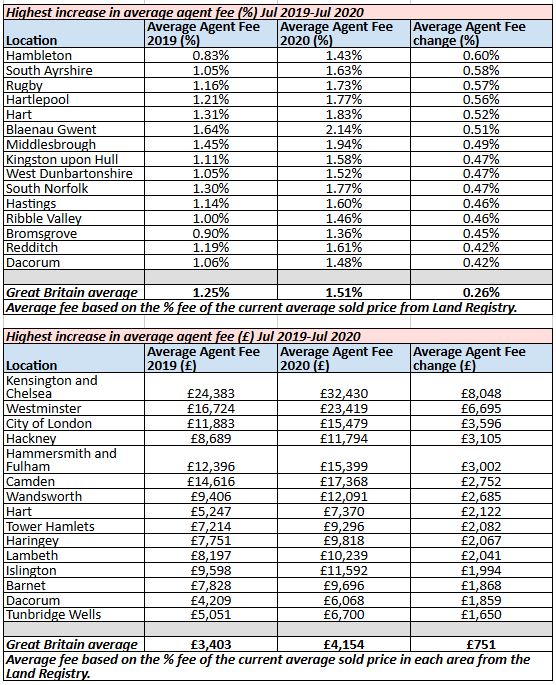