HMRC property transaction data has shown a boost in transactions since the market reopened but the level is still down on last year.

Figures from the taxman show there was a 31.7% boost in UK sales completing between May and June to 63,250 on a seasonally adjusted basis.

Anthony Codling, former housing market analyst and now chief executive of property data website Twindig, pointed out that much of this activity will be from pre-Covid sales that were delayed.

He said: “The bounce in my opinion is the completion of previously Covid stalled transactions, it is too early to be ‘new’ post lockdown sales.”

Mike Scott, chief property analyst for Yopa, said the Stamp Duty holiday could boost transactions further but added that this could also be temporary.

He said:  “We expect to see a further improvement in these figures next month, as the housing markets in Scotland and Wales have reopened, more transactions that were in progress before March 23 move forward to completion and the first post-lockdown sales begin to complete.

“However, it will take a while longer before we reach a normal level of activity, let alone begin to catch up on some of the missing sales that would normally have occurred between April and June.

“The recently announced Stamp Duty holiday in England and Northern Ireland, and similar initiatives in Scotland and Wales, will help to bring some transactions forward into the 2020/21 financial year.

“However after a spike in the number of completions in March 2021 there will probably be another fall in the second quarter of next year as the normal rate of Stamp Duty is reimposed.” 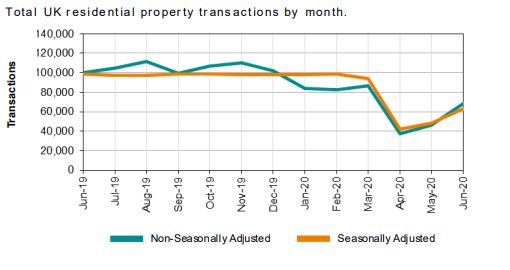 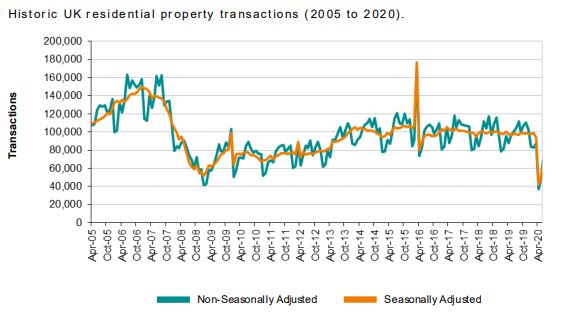