The boss of Zoopla has said that portals no longer have the “stranglehold” on agents that they had when OnTheMarket came on the scene.

Charlie Bryant said: “Things have changed over the last four or five years. Agents are no longer so reliant on the portals – they have other ways of marketing properties digitally and they’re using them and exploring them.

“There is more opportunity now for agents to service their customers, including the use of Google and Facebook. Things are not the same.”

Bryant was speaking in the context of OnTheMarket’s latest results, and what could happen should the portal sector revert to two major players – Zoopla and Rightmove.

There has been speculation that this means that OTM is burning through cash at such a rate that it may have reserves for only eight months – unless it ups its recruitment of paying agents by around 700 a month, or raises more funds.

Bryant said that he found the results “interesting”.

He said that the conversion of 1,000 branches from free to paying was also intriguing, claiming: “Agents just don’t seem to be making the conversion. It clearly calls into question the leads figures that they [OTM] are giving out.”

He said that OTM – which says it provided 102 leads per property advertiser in May – is understating Zoopla’s leads by about 25%.

Bryant said: “Anecdotally, agents tell me that OnTheMarket’s leads are nowhere near Zoopla’s. I think OnTheMarket’s claims should be taken with a pinch of salt.

“The other piece of the vicious circle is OnTheMarket’s brand awareness. This is not something that can be built overnight, so clearly there are some challenges.”

Does this mean that portal wars are back with a vengeance?

Bryant insists this is not the case, saying that this would be a downward spiral and that competition serves customers well.

However, last week Zoopla issued a press release saying that the public weren’t interested in OTM’s key offering of ‘new and exclusive’ marketing where properties are listed 24 hours ahead of being advertised on Rightmove and Zoopla.

Zoopla critics – and by extension, OTM’s supporters – say that the public were simply asked a leading question (the actual question was whether sellers would like their property to be marketed to the largest possible audience from day one, or to a smaller audience on a single portal).

Bryant simply says: “OnTheMarket are making a lot of ‘new and exclusive’. But the feedback we had was a resounding no.”

But it sounds as though there is still a battle or two to come. 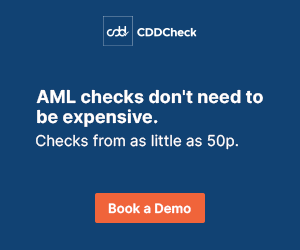