Daniel Burton, the rent-to-rent agent whose letting business Unida Place was at the centre of a scandal over missing money, has quit two other property businesses that he went on to acquire.

Police confirmed to Eye yesterday that they are making inquiries.

Burton is no longer a Whitegates franchisee in Legal & General’s Xperience network.

And he is nothing to do with David Parkinson Residential Lettings & Estate Agents in Cleethorpes after the original owners – who had hoped to retire – took their business back.

However, it is understood that Burton may now be operating in the Leicester area.

In April, Burton – for a second time – featured in a Channel 4 News item in which it was alleged that at Unida Place, Burton had taken £140,000 of tenants’ money.

The programme revealed that Burton had been expelled by MyDeposits, leaving tenants’ deposits unprotected. 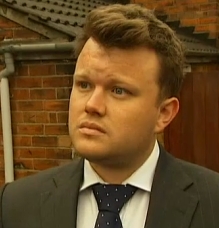 On the Unida Place website, Burton promised to repay tenants, last posting up on December 7 last year to say that “repayment plans are progressing well”. However, the C4 item said that not all tenants had been repaid.

Yesterday, a Legal & General spokesperson confirmed to Eye that Burton had left the Whitegates office in Scunthorpe. The spokesperson said: “Whitegates are pleased to confirm that the Scunthorpe branch has been re-franchised to Mr Ian Gibson, an existing Whitegates franchisee. We look forward to working with Mr Gibson and the staff.”

Meanwhile, in Cleethorpes, David and Geraldine Parkinson – who believed they had been disposing of their business in good faith when they wished to retire after 30 years of highly reputable operation – have revealed they took the business back on April 14.

They say they signed a three-year agreement last December for Burton to buy the business, making monthly payments. However, by early January, they became aware that they had made a wrong decision.

When Burton allegedly defaulted on a payment, they were able to get their business back – causing, said Geraldine Parkinson, enormous difficulty.

She told Eye yesterday afternoon: “We had hoped to retire. Instead of which we have both worked harder than ever to sort things out, and my husband has suffered terrible stress.”

She said the original David Parkinson business is in the process of being wound up, while the portfolio of some 200 tenancies has been taken over by another firm, Lovelle Bacons, based in Grimsby.

The Parkinsons have been working with Lovelle Bacons on an intensive audit.

Lovelle Bacons, a firm of chartered surveyors that also runs property businesses in the area, has written to all the landlords.

Jonathan Lovelle, a partner, told Eye yesterday that a file has now been handed over to Humberside Police.

A spokesperson for the police authority said: “Police received a call from an estate agents in Grimsby reporting a theft.

“The investigation is now in the early stages and no arrests have been made.”

The spokesperson said there was little more she could say at the moment in the light of “very lengthy inquiries” ahead.

It is unclear what Burton is now doing, and he has not responded to an email from Eye inviting him to give his version of events.

However, it is thought that he may be involved in some kind of property management in Leicester.