Millions of people could see their main homes, not just additional properties, taxed as part of a one-off “wealth tax”, experts have warned. 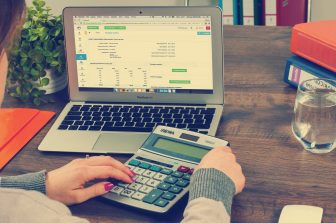 Rather than increasing income tax or VAT, the government should instead look at a tax on people who who have assets worth £500,000 or £1m for a married couple, according to a report from the Wealth Tax Commission.

Taxing those households an extra 1% on their assets could raise £260bn over five years, the Wealth Tax Commissiom said.

But there are concerns that a new wealth tax would target thousands of UK households who are not particularly wealthy and push them into debt and hardship.

Nimesh Shah, CEO at tax and advisory firm Blick Rothenberg, commented: “A report from the Wealth Tax Commission suggests that people who have assets as low as £500,000 or £1m for a married couple would have to value their worldly assets including their main home and pension pots, deduct any liabilities like mortgages, and then pay 1% tax on their total assets.

“When wealth taxes have been discussed in the past, it was expected that certain assets such as the main home and pensions would be excluded, but the Wealth Tax Commission argues that this should not be the case.”

He added: “This could push thousands of households who may be asset  but not cash rich, into debt. A family owning a detached house in Southern England with modest pension and ISA savings could easily be caught.”

Given that many people are ‘asset rich but cash poor’, there is a serious question around how someone pays a wealth tax if they do not have the immediate cash liquidity.

The Wealth Tax Commission notes that 570,000 people may be liquidity constrained at the £500,000 wealth threshold, and an instalment payment mechanism would need to be introduced ‘to reduce unnecessary hardship’.

Nimesh commented: “It is worrying that a new form of tax could force people into hardship and a serious re-think would needed.

“Pensioners who fund their living costs through savings, farmers owning agricultural land and private business owners will all be concerned by the proposals and how they will feasibly fund the tax – these groups may need to burden themselves with debt to pay the tax, although this may not be an option or cost effective for everyone e.g., the elderly.”

Recent tensions around future tax rises, in particular capital gains tax, risk damaging the UK’s reputation as a centre for international business at a time when the government should be doing all it can to keep the UK competitive under the backdrop of Brexit, according to Nimesh.

He continued: “The report has suggested a £260bn tax windfall for the Treasury over a five-year period.  However, even if the government were to raise this level of tax revenue from a new wealth tax, it falls well short of the government’s £335bn outlay on the coronavirus pandemic.

“The Wealth Tax Commission estimate that the government could raise £52bn per annum, which is slightly less than the £62 billion raised from corporation tax.

“The Commission have suggested that the wealth tax should be a one-off and temporary for a fixed five-year period – however, there is a real that a future government would be tempted to make the tax permanent.

“The argument for making the tax permanent is even more compelling after the considerable time and investment that would go towards introducing it in the first place, and the government may be reticent to lose the tax revenue without easily replacing it.  It’s a bitter pill to swallow when you take something away that generates such attractive rewards!”

The Wealth Tax Commission proposes a ‘stealth’ introduction of the tax to make it difficult for people to avoid.  They suggest that the wealth tax would be assessed on the day the policy is announced, so that any actions taken by the taxpayer following would not be effective.  This means that people relocating away from the UK subsequently could still potentially within the wealth tax net and obliged to pay the amount.  Such a move would be highly aggressive and out of kilter with practice, as such dramatic changes to the UK’s tax system would normally command consultation from stakeholders.

He added: “The UK’s tax system is incredibly complex in its current form, and introducing a completely new tax is not necessarily the answer.  If a wealth tax is to be introduced, it needs to be coupled with an overhaul or abolition of capital gains tax and inheritance tax.

“The government should also consider the existing taxes in play and how it can feasibly pull the levers to generate additional revenue through income tax, VAT and National Insurance, which currently account for almost three quarters of the UK’s total tax revenue – this means breaking the ‘triple lock’ which is politically sensitive, but the systems and collection mechanisms are already in place.

“As the Wealth Tax Commission proposes, increases to income tax, VAT and National Insurance could be for a temporary period and the additional revenue generated is ring-fenced for supporting the NHS and those people and businesses worst affected by the Coronavirus pandemic.”