A business which allows agents and home owners to create a profile for a property and list it off-market says that it is helping agents pick up instructions.

Houso is a new app, developed by Ben Johnston, with the message: “Sell your home with or without an estate agent.”

It can be used by both owners and estate agents, and the property can be listed on- or off-market.

If listed off-market, the property appears with a location, but the profile and picture is redacted, and a potential buyer would need to be a subscriber (at £2.79 per month).

Johnston said that the principle is that sellers can get pre-market exposure, and establish likely interest in the property.

Individuals are able to list their homes free, while Johnston is looking to work with independent agents that can see the lead generation opportunities.

Initially, this is free, but Johnston plans to charge £50 a month if the concept proves attractive.

Johnston says he is not planning to work with online agents, as Houso’s own self-sale route could be more attractive to those concerned with pricing.

The app’s features include messaging and viewings management, and the ability to make and receive offers.

Johnston said that the app has been in “gentle testing” in Salisbury, Bath and London.

Johnston says that one agent – Whites, in Salisbury – has picked up four listings in four weeks, and finds that the app gives the ability to line up a list of potential buyers without a full marketing campaign.

Johnston said: “I am fully accepting that there will be a large percentage of agents that will not want to support anything whereby For Sale by Owner becomes possible.”

However, he said that Facebook Marketplace will make this a real mainstream possibility in any case.

Johnston told EYE: “We are starting with the approach of trying to work with local independent agents – not going after the sell your home yourself approach, and it is an exceptionally fine line.

“I genuinely believe in what estate agents do, but the simple fact is that there are people out there who are concerned with price point and their current route to market is a low cost, low service upfront model.” 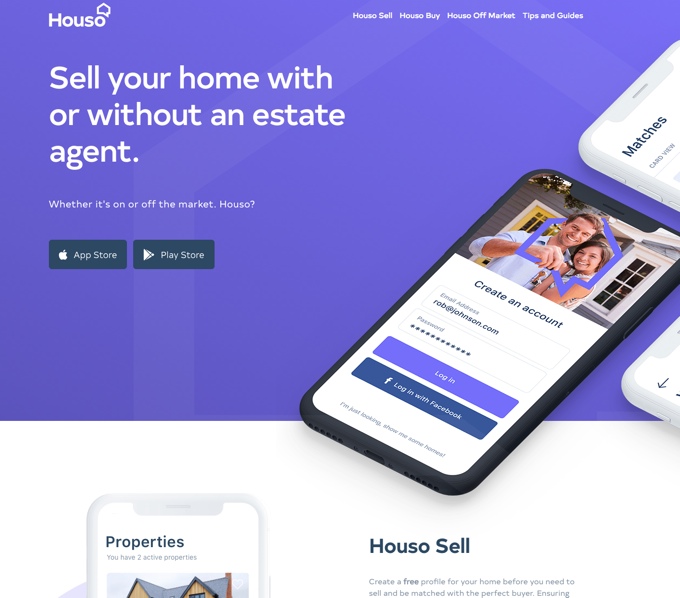