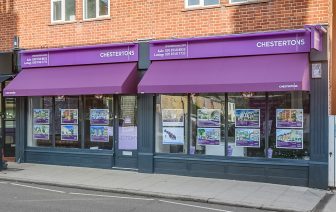 Rents in London are starting to recover from the steep falls they experienced last year, new figures show.

Rents in London were 6% higher in April than they were at the start of the year, which is a marked improvement on the 20% fall recorded in some parts of the capital during the first lockdown in March 2020, according to Chestertons.

Smaller flats in central London were most affected by the downturn, but as the success of the vaccination programme continues and the prospect of some form of normality by summer, the data from Chestertons shows that rents in many areas have started to recover.

As tenants continue to look for larger properties and better access to outside space, Chestertons figures show that rents in south west London showed some of the biggest increases, with average rents in Richmond 24% higher in April compared to January.

Some more central areas that saw large falls last year have also started to bounce back quickly, such as St Johns Wood (+23%) and Little Venice (+29%) and Kensington (+26%).

Richard Davies, Chestertons’ head of lettings, said: “The rental market in London can change incredibly quickly and it now appears to be well on the road to recovery following a really difficult year, last year. Over half of our 31 London offices saw rents increase between January and April, with many of them seeing double-digit increases.

“With London’s travel and entertainment restrictions easing, we expect to see the central London lifestyle regaining its appeal, in particular for overseas students and people that have been living outside of London during lockdown. This will most likely cause prices for the most popular properties to continue to rise, such as those with a home office or outdoor space.”