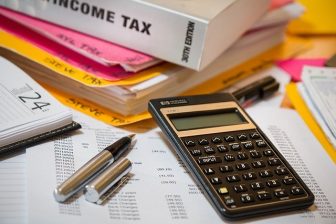 Self-employed property professionals and landlords have been urged to ensure they meet the 31 January HMRC self-assessment deadline, with research showing a huge rise in those missing the cut-off date over the last two years.

The study by RIFT Tax Refunds shows that last year, over 2.3 million people failed to complete and submit their self-assessment in time. Not only was this a 30% increase on the previous year, but it also marked a huge 142% increase over two years.

Missing the payment deadline will result in being penalised by HMRC. You may be charged £100 if you’re just a day late, with £10 for each additional day to a cap of 90 days. If you fail to pay within six months, you will be charged an additional £300 or 5% of the tax due, depending on which is higher. The same amount will then be issued again after 12 months, in addition to existing fines, and in the most serious cases, you could be fined 100% of the tax owed.

RIFT also pointed out that a lack of knowledge or the pressure of an impending submission deadline can also cause taxpayers to make costly mistakes, with many failing to properly claim expenses. While this can sometimes incur the wrath of HMRC for breaching their strict rules on what actually counts as a business expense, it also works both ways – failing to claim for expenses when working from home, using your own car, professional subscriptions or other work-related purchases can leave you out of pocket.

Bradley Post, CEO of RIFT Tax Refunds, commented: “Completing a self assessment can be taxing, to say the least, but it’s far better to tackle the issue head on rather than leaving it to the last minute.

“If you’re yet to complete it, don’t panic, as there’s still time before the end-of-month deadline, but failure to do so will result in a financial penalty, which is the last thing anyone needs in the current climate.”