A former Yopa agent has claimed on social media that she was not paid her final invoice.

Lauren Power, a self-employed territory owner for Yopa in Leeds, said on LinkedIn: “Having been at Yopa for the last two and a half years, probably one of their longest serving agents, they decided that in their words, they did not want to pay my final invoice since me leaving.

“It’s such a shame, I had a fantastic time at Yopa, but [after] a change of management, fees, area cuts, commission cuts and extremely poor valuation quality/brand awareness, I move on to the next chapter of my journey.

“What a kick in the teeth to have put my all in to growing the business over the past two and a half years and it’s left as the new management do not wish to pay me commission I had worked hard for.”

The post had attracted 42 comments by late yesterday afternoon.

One claimed: “It’s not the only online agent I’ve heard of trying to keep agents’ monies. It was tried on with me too.”

Yopa told us last night it will not be commenting on this. 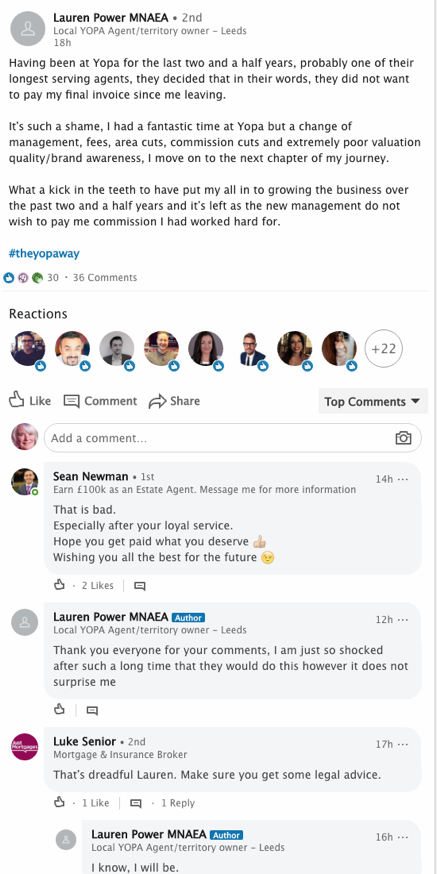