Day three of our 515K ride looked easier than the other stages, at just 100k from Narragansett to New London, Connecticut.

But looks proved deceptive, thanks to a combination of stiff winds and even stiffer hills.

However, even that was easy compared with day four, a 141k, eight-hour ride to Woodbury, Long Island, which fully lived up to its billing as the hardest stretch – and this was compounded by a 5am wake-up call to catch a ferry to get to our start point.

While the New England scenery provides an amazing backdrop, the highlights of the trip so far are conversations with some fascinating people from all walks of life.

Martyn Williams shared his story of becoming a professional rugby player at 19, having expected to be an amateur and all the implications this has had, mostly positive but with some unintended consequences too.

A young woman who was a journalist for the Western Mail and now handles media relations for the NHS told me how she was on this trip in memory of her mother who died from cancer at 56.

This sadly is a common theme. Nearly all the riders have lost a close relative or friend to cancer, and raising money for Velindre’s “Victory over Cancer” campaign is for many people here a way of trying to make sense of things.

Tomorrow we ride into Manhattan and I’ve arranged an hour with Tom Crosby, the head oncologist at Velindre to learn about the setbacks and progress they have had this year, and also to find out how the £400,000 raised on this trip will be invested.

For more information and get to get involved, email info@agentsgiving.org

Pictured: Some of Peter’s fellow riders on the ferry 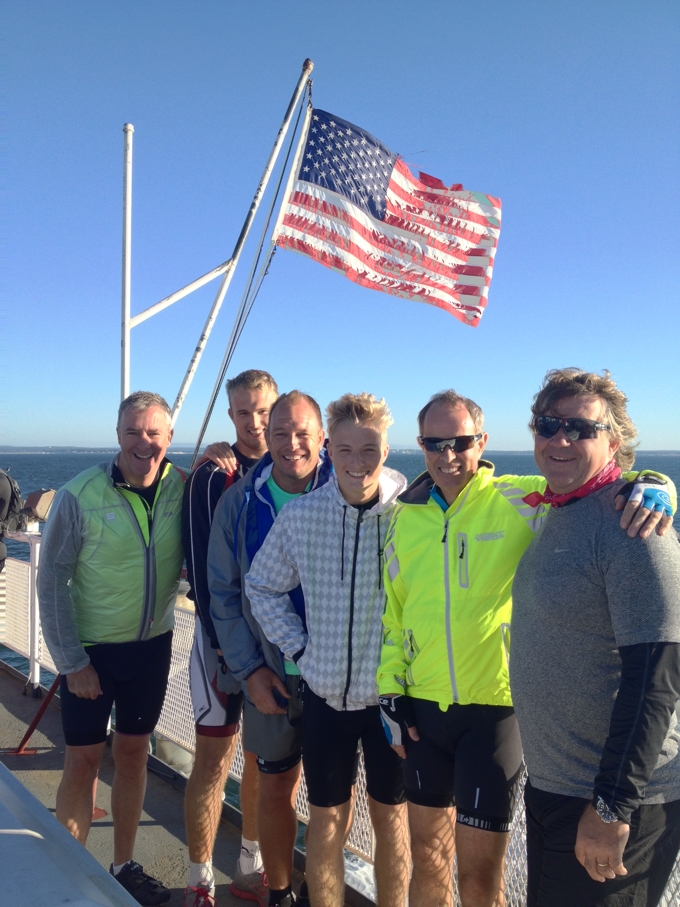