Have you heard the story of the newly hired agent who walked off the job taking a client’s keys with him?

He moved into the property, forcing the agent involved to embark on a lengthy eviction process to get him out.

Then there’s the negotiator who claimed to have a clean driving licence – a prerequisite for the job – but who, when stopped by the police, turned out to have been driving while disqualified for the previous three months.

Unfortunately, poor hiring decisions are common. Almost nine out of ten (85%) respondents to a survey by the Recruitment & Employment Confederation (REC) admitted that a business they worked for hired the wrong person for the job.

The estate agency sector is no exception and horror stories abound.

In the interests of fairness, I should point out that when it comes to bad behaviour, it can work both ways.

Not only do employers sometimes misrepresent their business – for example, describing the office environment as “buzzy” when it’s so quiet you could hear a paperclip drop – but I’ve experienced shameful cases where just before the new recruit’s first pay cheque falls due, the estate agency boss has turned around and said: “Sorry, we can’t afford to pay you”. (For those who moan about recruitment fees, it’s worth mentioning that we are not paid either for our time and effort in placing the individual).

While these examples are obvious mistakes, recognising and rectifying a poor recruitment decision is often an expensive process.

The obvious costs such as recruitment fees and money spent on training are easily measurable – but those are just the start.

The price of a bad hire to the organisation also includes costs that are more difficult to quantify. The implications of a bad hire on staff morale and turnover, productivity, reputation and delivery of client solutions are often overlooked but can be significant.

While salaries vary widely according to location and experience, let’s take a branch manager on £45,000 to £50,000 a year as an example.

Assuming it takes six months for it to become apparent that they are not the right person for the job and for their employment to be terminated, on top of the unrecovered salary of £28,450, there will be a host of squandered costs.

Even for a relatively junior negotiator in the job for just three months, on this basis the total cost of a recruiting mistake will amount to some £56,361. Yet, according to the survey, a staggering one-third of companies believe that a hiring mistake costs their business nothing!

As we all know, matching the right candidate to the job is crucial. This is so important it can’t be determined solely by a quick scan of someone’s CV, which I’m sad to say is still all that some recruitment agencies base their decision on.

Any recruitment firm worthy of the name will invest considerable time and effort in finding the right person for the job. For instance, while my own firm uses the leading job boards, we don’t rely on them and also advertise, run social media campaigns and headhunt talent.

If you’ve ever asked yourself what a recruiter does to earn their fee, here’s a short list: finding hidden talent who may not even be on the market, liaising between candidate and estate agent, checking ID and NI details, and ensuring compliance with best practice, the REC code of conduct and all-important GDPR legislation. Commonly, we will also broker salary negotiations to ensure there is no bad feeling on either side when the employee starts. Putting it simply, their role is to ensure the recruitment process runs smoothly from start to finish.

My business may be the exception but even once the candidate has been hired, we do not consider our role over and undertake a certain amount of handholding – we call it ‘aftercare’ – in the weeks afterwards to ensure the new hire is happy in the job. To be blunt, if they are unhappy and leave before three months, we don’t get paid, however much energy we have invested to get to this point.

The aim of this ongoing relationship with the candidate is not to poach them but to resolve any niggles before they become problems. We know if someone has a bad experience, it not only knocks their confidence but also dents their trust in us as the recruiter. This means we will always be honest about things like the agent’s company culture, the job requirements and likely hours. We believe transparency is in everyone’s best interests. Our candid approach results in a typical candidate fall-through rate of just 14.2%.

The REC report cites ONS data to support its claim that businesses are wasting billions of pounds every year through hiring mistakes. As we start 2018, make sure your company isn’t one of them! 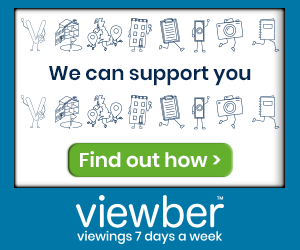