Copus specialises in the Dartmoor property market and has been dealing with moorland properties for over 30 years.

He has lived on the moor for most of that time.

Copus says it is the most specialised market in Devon, with breath-taking scenery and lack of light and noise pollution.

Copus is one of the few agents who has dealt regularly with Duchy leaseholds.

He said: “Duchy leaseholds are a particular form of tenure which most people have never come across before and prospective purchasers need an agent and solicitor who understand their peculiarities.”

Copus is also an authority on radon gas, which affects more properties on Dartmoor than anywhere else. “If you come from outside the area, radon gas can raise warning signs to those not in the know.  For 99% of properties it is not a problem, but lack of knowledge can frighten away house buyers unnecessarily,” he said.

Richard Copus is pictured. right, on the moor with Steve Alford, managing director at Robert Williams 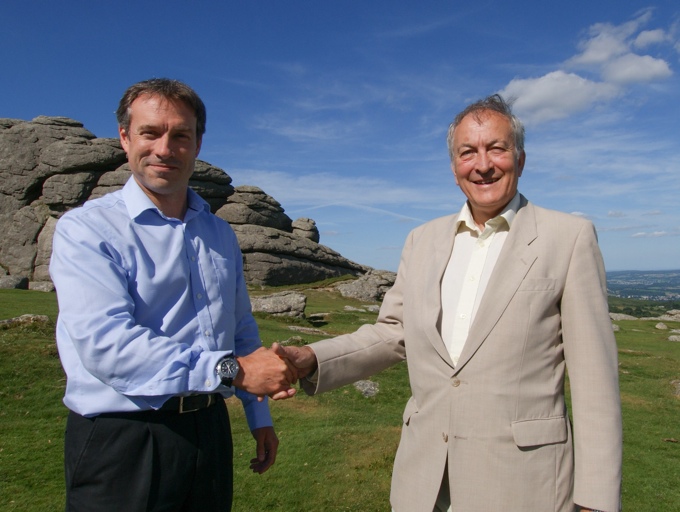