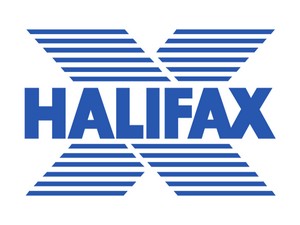 UK house prices are growing at their fastest rate since before the global financial crisis, according to Halifax figures, which said prices rose by 0.5% in February, equating to £370 a week.

The housing market is continuing to defy economic conditions, with the typical property notching up its biggest annual cash gain since the lender’s index began.

Russell Galley, managing director at Halifax, said: “The UK housing market shrugged off a slightly slower start to the year with average property prices rising by another 0.5% in February, or £1,478 in cash terms.

“This was an eighth successive month of house price growth, as the resilience which has typified the market throughout the pandemic shows little sign of easing.

“Year-on-year prices grew by 10.8 per cent, the fastest pace of annual growth since June 2007, pushing the average house price up to another record high of £278,123.

“Two years on from the start of the pandemic, average property values have now risen by £38,709 since February 2020. Over the last 12 months alone house prices have gained on average £27,215.”

“This is the biggest one-year cash rise recorded in over 39 years of index history,” Galley added.

The average house prices across the UK in February, with the annual increase:

The supply-demand imbalance continued to underpin rising property prices, but looking ahead, as Covid moves into an endemic phase and almost all domestic restrictions are removed, geopolitical events expose the UK to new sources of uncertainty, according to Galley.

He added: “The war in Ukraine is a human tragedy, but is also likely to have effects on confidence, trade and global supply chains.

“Surging oil and gas prices are one immediate consequence, meaning that inflation in the UK – already at a 30-year peak – will remain higher for longer.

“This will add to the squeeze on already stretched household incomes. While increases in bank rate look likely in the near term, the extent of the rises will depend on how it affects prices and companies’ approaches to pay over the months to come.

“These factors are likely to weigh on buyer demand as the year progresses, with market activity likely to return to more normal levels and an easing of house price growth to be expected.”

London was once again the weakest-performing area of the UK, with annual house price growth of 5.4%, but average prices remain high.

Tom Bill, head of UK residential research at Knight Frank, said: “We are presumably witnessing the final few months of double-digit house price growth before supply picks up and demand loses some of its lustre.

“A lack of stock has been a feature of the UK property market since the stamp duty holiday ended last summer but the shelves are gradually re-stocking, helped by the arrival of the spring market.

“Meanwhile, higher inflation and rising mortgage rates will begin to put the brakes on sky-high demand. It won’t happen overnight but I would expect the return of single-digit house price growth later this year.”

Nathan Emerson, Propertymark CEO, commented: “Estate agents are still reporting bidding wars and buyers who are migrating. Migration means that some buyers can bring with them a larger budget, especially if they are moving away from a city which can filter through to higher purchase prices.

“Many buyers who have lost out are still waiting in the wings. In January, our agents reported registering an average of 100 new potential buyers per branch. Coming into February we have seen an increasing number of valuation appointments and we are hopeful that more sellers will come to the market which will help to ease price rises.”

Iain McKenzie, CEO of The Guild of Property Professionals, commented: “The country is going through a cost-of-living crisis, plagued by rising inflation and plunging consumer confidence – but nobody seems to have told the housing market.

“It’s incredible to think that these latest figures show the fastest annual growth in 15 years and another record high for the average house price, which continues to climb towards £300,000.

“Month after month we have seen house prices continue to rise, and it is difficult to imagine this upward trend reversing while demand continues to outstrip supply.

“However, we are still expecting some correction in the market this year as the cost of living crisis finally reaches the property market and slows house prices.

Jeremy Leaf, a north London estate agent, said: “Prices may be continuing to rise to record levels but looking behind the numbers we are finding in our offices that this is more as a direct result of lack of choice, which is also compromising the number of transactions.

“Prices are unlikely to continue their mighty gains as affordability is becoming increasingly stretched, with events in Ukraine likely to send inflation and especially energy costs even higher.”