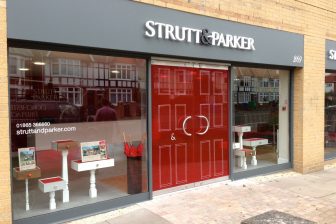 Residential property prices look set to increase in 2022 and beyond, according to the latest forecast.

Strutt & Parker has predicted that prices will rise by 7% next year in a ‘best case’ scenario, though it also made a ‘downside’ prediction of 2% growth.

These new figures indicate the pace of growth will slow as market activity settles following a buoyant market motivated by the stamp duty holiday.

Its predictions for Prime Central London (PCL) are however more positive and stand at 10% and 5% respectively. This follows the £5m-plus market increasing in Q3 2021, due to international high-net-worth buyers re-entering the market.

Guy Robinson, head of residential at Strutt & Parker, said: “The residential market has made a significant recovery in the last 12-months. This has been fuelled by high levels of demand across the market and attractive mortgage rates, while a rebound in the economy gave buyers and sellers confidence to trade up or down the housing ladder.

“Following significant house price growth year to date, rising at a rate that had not been seen for seven years, the outlook remains positive for 2022 and beyond. Buyer demand continues to be robust and applicant numbers are still significantly higher per property than any time since 2006.

“We are still seeing exceptional demand for family housing in the country with access to facilities and connectivity especially along the coast. That said, it is still unclear the extent to which the shifts in behaviour and lifestyles witnessed will materialise into permanent shifts in market demand. More time will be needed to adjust to these factors and there could be further corrections in the early part of 2022.”

Louis Harding, head of London at Strutt & Parker, commented: “The first half of the year in PCL saw a record-level of transactions, supporting positive year-on-year growth. However, Q3 was unable to sustain or build on this momentum. As a result, prices have steadied in recent months and have yet to see the same rebound in growth as the mainstream regional market. However, we expect this to come through in the following 12-months as international travel resumes and pent up demand is released in to the market.

“The market continues to be driven by transactions on properties over £3m, and in particular the house market, with prime locations, such as Kensington, Chelsea and Notting Hill, outperforming the wider PCL market, and these trends are likely to continue in 2022.”

Across the UK’s regions (excluding Greater London), between Q1 and Q3 2021 sales transactions were up 37.5% by comparison to the same period in 2020. Strutt & Parker’s analysis of housing transaction volumes reveal Scotland, the South West and East of England recorded the biggest jump in transaction volumes.

Kate Eales, head of regional agency at Strutt & Parker, commented: “Beyond London, we have seen every part of the UK outperform in terms of transactions in 2021, with coastal villages and the Cotswolds emerging as popular hotspots. The £500k- £700k price range continues to move fast and properties in this bracket are the most coveted. We expect this will continue and anticipate properties in attractive country villages with good connections and amenities to show the strongest growth in 2022.

“Going in to next year, less-traditional locations in the likes of Norfolk and Herefordshire could be the biggest winners as buyers become more confident being further from London, though we are yet to fully understand the impact of lifestyle changes for those moving out of the capital. One trend however that appears here to stay is more and more sellers are entering the regional markets, but supply remains constrained.”

The estate agency has also updated its five year forecast estimating price growth in the UK of between 20% and 35% and in Prime Central London of 15% and 35%.