The House of Lords has voted in favour – by 273 votes to 235 – of an amendment to the Financial Services Bill which could see interest rates capped for some mortgage prisoners. 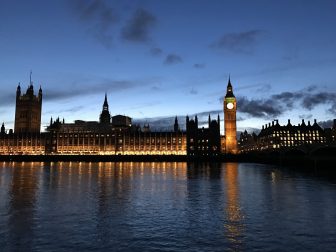 The amendment had been suggested by the All-Party Parliamentary Group on Mortgage Prisoners and was tabled by Liberal Democrat peer Lord Sharkey. However, the House of Commons needs to approve the change before it can take force.

The mortgage prisoners that the amendment aims to help have uncompetitive mortgages with inactive lenders or unregulated firms, often having been sold on to various investment companies after the 2008 banking crash.

Those who have a mortgage with an inactive or unregulated firm often cannot remortgage because they do not meet strict borrowing criteria, even though they would often be paying less if they switched.

MoneySavingExpert.com and our founder Martin Lewis have campaigned for years for more help for those who are stuck.

Lewis said: “I am delighted that the Lords has seen the injustice that has been heaped on 100,000s of mortgage prisoners. While the Government chose to bail out the banks in the financial crisis, it has never bailed out the banks’ customers who were victims of that collapse. Mortgage prisoners have been left paying obscene interest rates for over a decade, through no fault of their own.

“They have been completely trapped in their mortgages and unable to escape the financial misery this causes. Coupled with the devastating impact of the pandemic on people’s finances, the vote from the Lords is right to push for urgent action to prevent the situation from becoming catastrophic.

“The independent LSE report I funded has a cogent argument as to why an SVR cap isn’t a balanced long-term solution. But in lieu of anything else, I believe for those on closed-book mortgages it is a good stopgap while other detailed solutions are worked up – so this vote is an important move.

“And while it will be tough to get the Commons to enact it against government wishes, at the very least it ramps up the pressure on the government to come up with alternative solutions, at speed, which Rishi Sunak promised me, on the record, that he would do.”