The government has updated its standard tenancy agreement template to enable renters to keep pets as the default. 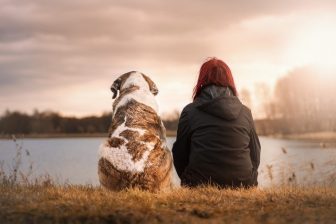 Under the new Model Tenancy Agreement, which is the government’s recommended contract, landlords will no longer be able to issue blanket bans on pets.

Instead, landlords will have to object in writing within 28 days of a written pet request from a tenant and provide a good reason, such as in smaller properties or flats where owning a pet could be impractical.

Currently, just 7% of private landlords advertise pet friendly properties, meaning many people struggle to find suitable homes. In some cases, this has meant people have had to give up their pets altogether.

To ensure landlords are protected, tenants will continue to have a legal duty to repair or cover the cost of any damage to the property.

Housing minister Christopher Pincher said: “We are a nation of animal lovers and over the last year more people than ever before have welcome pets into their lives and homes.

“But it can’t be right that only a tiny fraction of landlords advertise pet friendly properties and in some cases people have had to give up their beloved pets in order to find somewhere to live.

“Through the changes to the tenancy agreement we are making today, we are bringing an end to the unfair blanket ban on pets introduced by some landlords. This strikes the right balance between helping more people find a home that’s right for them and their pet while ensuring landlords’ properties are safeguarded against inappropriate or badly behaved pets.”

Reflecting in the changes to the Model Tenancy Agreement regarding letting with pets, Mark Hayward, chief policy adviser at Propertymark, commented: “Whilst we acknowledge that allowing pets can make a property more desirable and encourage tenants to rent for longer, even the best-behaved pets will have an impact on a property.

“The UK Government must recognise the impact of their decision to cap deposits and the knock-on costs that landlords face. This is a complex issue that is determined on a case-by-case basis highlighting the need for landlords to get advice from a professional letting agent.”